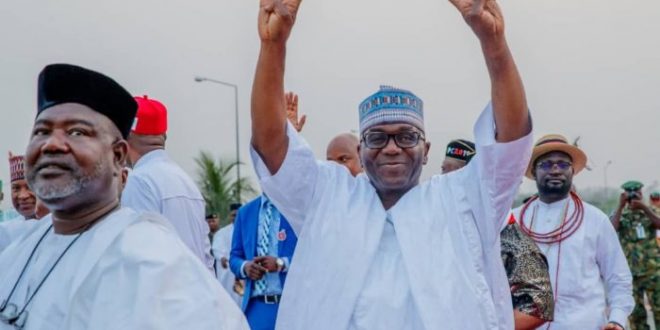 He polled 331,546 votes to emerge as the winner of the highly anticipated election.

His Peoples Democratic Party counterpart, Mr. Abdulrazaq Atunwa, polled 114,754 votes to emerge as the runner-up in the election.

From the official results declared in all the 16 local government areas in the state, Abdulrazaq led Atunwa with a margin of 216,792 votes.

Notably, the APC beat the PDP in all the local government areas.

The All Progressives Congress also cleared all the 24 seats in Kwara State House of Assembly.

According to the results just read out by Mallam Garba Madami, Resident Electoral Commissioner in Kwara State, APC won all the seats contested in the state House of Assembly, while the PDP, which was the ruling party in the state, did not win any seat.