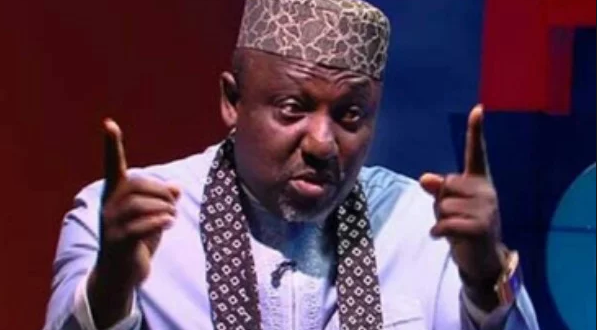 APC Will Not Win Governorship Election In Imo – Okorocha

Imo State Governor, Rochas Okorocha has said that the governorship candidate of the All Progressives Congress, APC, in the state, Senator Hope Uzodinma, will never win governorship election.

Okorocha stated that there was jubilation within the opposition parties in the state when Senator Hope Uzodinma was named the candidate of the APC in the state because of how unpopular he (Uzodinma) was.

The Governor said this in a statement signed by his Chief Press Secretary, Sam Onwuemeodo on Thursday.

He added that the lawmaker was still a full fledged member of the opposition Peoples Democratic Party, PDP.

“He should face his two most recent criminal charges over the issuance of dud cheque and non-declaration of assets. We won’t talk about other similar cases.

“In 2011, he took the Senate seat for Orlu Zone from Chief Osita Izunaso, through the court. In 2015, Nigerians knew what transpired in Imo.

“The state was invaded with armed security personnel by the Peoples Democratic Party (PDP) leaders like Uzodinma, and the rest is history. So, Uzodinma can never win election in Imo, in a free and fair election.

“And that is why the PDP and APGA members are those celebrating his K–leg governorship candidature for Imo APC.

“If Uzodinma was to be a known member of the party, there would have been celebration in Imo.

“The chieftains of the party in Abuja, who are backing him, are elite politicians, who have no relationship with the grassroots,” he said.