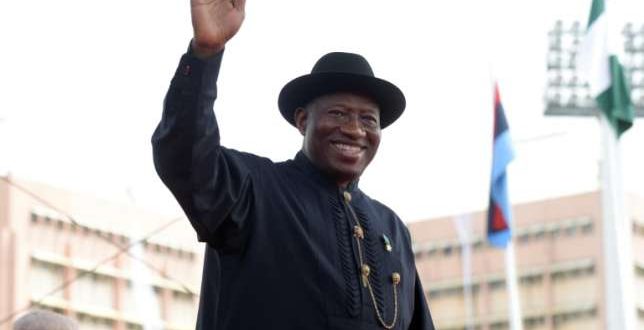 Two influential governors from the northern part of the country are behind the return bid of former President Goodluck Ebele Jonathan, Daily Trust reports.

Multiple sources, who are in the know, said the two governors, close to President Muhammadu Buhari, have secured the buy-in of a section of the presidency to actualise their agenda of drafting the former president into the presidential race.

The sources mentioned the names of the governors but were withheld by the paper because its reporters were unable to get their reactions as they are out of the country.

The sources said the duo began the moves last year but that they jettisoned it to promote the candidature of the Governor of the Central Bank of Nigeria (CBN), Godwin Emefiele.

However, when the Emefiele’s project was not flying, the governors returned to the Jonathan bid.

The two governors have been playing key roles in the affairs of the APC in the last few years. The former president had since keyed into the move as evident in his body language.

He had last week told some of his supporters who were insisting he should declare to “be on the watch”, a disposition political pundits described as acceptance.

It was learnt that the Bayelsa-born former president is now waiting for the appropriate time to join the ruling party and declare for the race.

President Buhari had defeated Jonathan in the 2015 general election, ending the 16 years of the Peoples Democratic Party (PDP) in the country.

In the last seven years, the former president has not been attending activities of his party. This is just as his romance with President Buhari and top shots of the ruling party takes the centre stage, a development that has pitched him against opposition leaders in the country.

The move to return Jonathan

One of our sources, a former governor said the two governors have reached out and sold the Jonathan project to the presidency.

“It is (withheld) that are behind it and they are promoting it to checkmate Asiwaju Tinubu when they discovered that the vice president does not possess the structures to put up a strong challenge,” he said.

Asked why the governors who are APC members are drafting the former president, he said, “They are doing it to advance their ambition. They want someone that would only be in power for a term. They also want him to pick one of them as running mate”.

An ally of the president, while corroborating the former governor’s statement, said the two governors brought the Jonathan project to advance their ‘’selfish interest.’’

But a source close to the former president claimed that Jonathan is being promoted by his successor.

“His number one backer is the president. Do you think he would start if he did not get the backing of Baba? He did not go and say I wanted to (vie for the presidency). He was asked to do so because they are more comfortable with him succeeding Buhari,” he said.

A former Chairman of the APC Elders Forum in Bayelsa State, Diekivie Ikiogha, said all is almost set for Jonathan’s exit from the PDP.

“His declaration would be based on an invitation by APC to come over and he is considering it. A lot of things have been done; the discussions are ongoing, so, he will be invited.”

Also, a public affairs analyst, Mr David West, said though Jonathan had a few years ago announced that he was no longer interested in active politics, he has the constitutional right to contest for any office in the land.

He, however, stated that he doubts if Jonathan will perform better than he did during his first tenure. He said: “For me, it is his constitutional right to belong to any political party if he wants and if he wishes to contest for any political office in the country.

“I know if Jonathan is allowed to rule Nigeria again, he will not do more than four years tenure, because anything short of that will be a crisis.”

Ayade declares for presidency, pledges to step down for Jonathan

Governor of Cross River State, Professor Ben Ayade, has announced his intention to vie for the presidential ticket of the APC after informing President Buhari at the State House, Abuja.

He spoke on his ambition Tuesday after a closed-door meeting with the president.

Ayade, who said President Buhari advised him to do more consultation before declaring, added that he came to seek spiritual and political guidance from the president on who would take over from him come 2023 for the sake of continuity.

He, however, said he would step down if former President Jonathan is picked as the party’s consensus candidate.

“I have great respect for President Jonathan and so I have no challenges whatsoever. I believe that the party leadership will decide on the appropriate candidate that will take our party to victory.

“But at any point in time that the political leadership of my party, the APC feels that President Jonathan is the appropriate candidate that will take us to victory, I will turn my support for him,” he said.

The APC Presidential Support Group has said that the plan to adopt Jonathan as the APC presidential candidate for the 2023 election is a joke taken too far and unacceptable.

The Convener of the organisation, Mr Owolabi Dauda and Secretary, Abdullahi Bilal, told reporters on Tuesday in Abuja that adopting Jonathan by whoever is a disservice to the APC, especially that the importance of winning the 2023 presidential elections cannot be overemphasised, in the bid to ensure continuity in the laudable policies and initiatives of the APC led government in Nigeria.

“We are constrained to lend our voice to an ugly plot that is being hatched by some members of the APC concerning adopting former President Goodluck Jonathan as the presidential candidate of the party in the 2023 presidential election.

“By all stretch of the imagination, this plot is ill-timed and not in the party’s interest at large. Such a move implies that the party might be heading towards a resounding electoral defeat in the presidential election,” the group said.

Lawyers have disagreed with the move by Jonathan’s handlers to draft him into the 2023 presidential election, pointing to legal issues.

Reacting, Professor Paul Ananaba (SAN) said Jonathan is not qualified to run for the office of the president because the constitution does not envisage that any Nigerian will be in office for more than eight years under any circumstance.

“If you add the four years – the two years under Yar’adua, and another four years – it will be more than eight years,” he said.

Similarly, Buhari Yusuf said Jonathan is ineligible under the law saying the combined reading of sections 137(1)(b) and 182(1)(b) of the Nigerian Constitution, “Makes it practically impossible for someone who has taken the oath of office twice as president to come on the third one.”

According to him, “The fact that the president completed the first term of a demised president does not call you to read meaning into the section and I don’t think there is any manoeuvring space for somebody to escape.”

However, Murtala Abdulkareem (SAN) said the decision of the court in the case of Ayuba Sabo and Ahmed Abubakar vs Ibrahim Gaidam over the Yobe State governorship election of 2015 has resolved the issue.

“He (Jonathan) can contest, but if he takes the oath in 2023, he will not be eligible to contest afterward,” he said.

Similarly, Okonache Ogar Esq said Jonathan is only ineligible to seek a fresh term after the forthcoming election not before as the constitution set out to correct the existence of a vacuum in the event of incapacity or death of the governor or president with the availability of the deputy governor or the vice president.