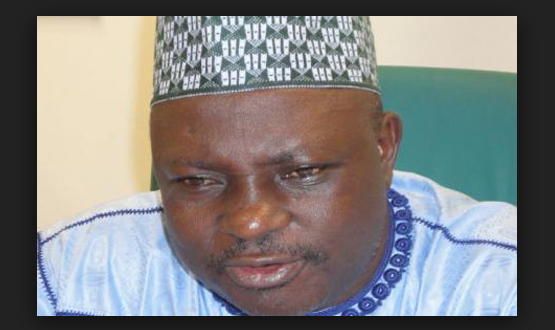 A member of the House of Representatives who represents Kachia/Kagarko federal constituency, Adams Jagaba, has formally defected from the ruling All Progressives Congress (APC) to the opposition People’s Democratic Party (PDP).

The speaker of the House of Representatives, Yakubu Dogara, read a letter from Jagaba, announcing his defection to the opposition today May 30th. The lawmaker described the APC as a sinking ship.

Recall that another lawmaker, Senator Dino Melaye also announced his defection from the APC to the PDP today.

The embattled Senator revealed that only his PDP colleagues stood by him throughout his recovery process following his travail in the hands of security agents.

He has since picked a sit among-st his new friends.