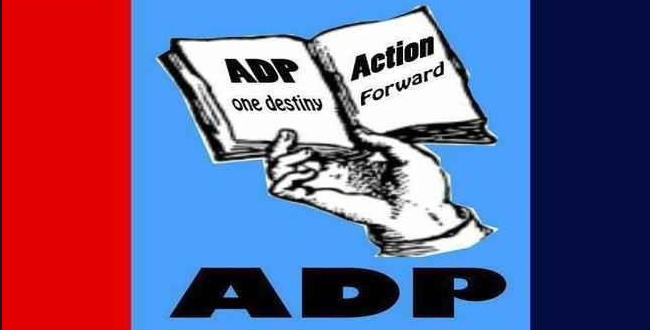 The Deputy Chairman of the ruling All Progressives Congress in Osun State, Azeez Adesiji, on Monday led eight members of the State Working Committee of the party and 6,200 members of the party executive  at local government and ward levels to join the Action Democratic Party.

The APC leaders and their followers were received at the Chairman of the ADP, Toye Akinola, at the secretariat of the party in Osogbo amidst jubilation.

Adesiji said the mass defection was caused by the alleged nepotism; impunity and unconcerned attitudes of the decision makers in the party and the state government to the citizens of the state among other reasons.

He said, ” I, Alhaji Azeez Issa Adesiji and other State Exco members wish to make it known to you all about our defection into this new credible alternative party because of impunity and undemocratic practices witnessed in our former party, the All Progressives Congress. Osun State which is unbecoming of an acc,aimed progressive party.

” Among the 780 local government executive in APC in Osun State, 580 are moving with me the deputy state chairman of the party to our new party, the Action Democratic Party,

” Also, among the 8,632 executives at the ward level in the APC, 5620 are also joining the train to our new party, Action Democratic Party.”

The chairman of the ADP in the state, Toye Akinola, said he was happy with the mass defections of politicians from the ruling party to the opposition party.

He said other politicians from the APC and other political parties had informed him of their decision to join the party soon, saying they would all be accommodated.

He urged the people of the state to support the governorship candidate of the party, Alhaji Moshood Adeoti, who he said would rescue the state from suffering with the support of the people.