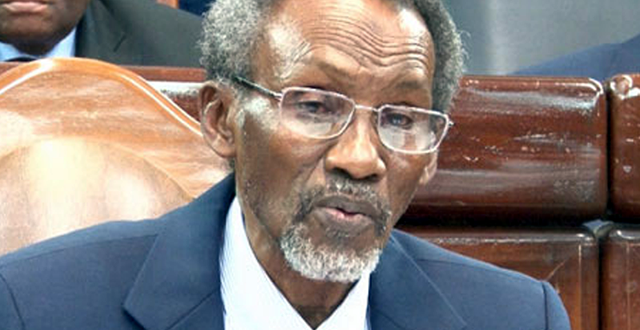 APC calls for the removal of Justice Ndu, Wali from Ethics Committee of NJC

The Rivers State Chapter of All Progressives Congress, APC, has noted with shock the recent appointment of two well-known PDP sympathisers, foot soldiers and close associates of Gov. Nyesom Wike as members of the 10-man Judicial Ethics Committee of the National Judicial Council (NJC) with a mandate to review the Code of Conduct for Judicial Officers in the country.

The statement reads: “The APC vehemently rejects the inclusion of these two individuals in a critical committee such as the Judicial Ethics Committee of the NJC charged with an all-important task of reviewing the code of conduct for judicial officers. Indeed, their inclusion underscores the unwillingness and unpreparedness of the NJC to buy into the anti-corruption drive of the President Muhammadu Buhari administration. The APC views this action by the NJC as the height of insensitivity and brazen resistance to the efforts by the government to sanitize the Nigerian judiciary.

“The Chairman of NJC and Chief Justice of Nigeria, CJN, Justice Mahmud Mohammed and the rest of the Council members cannot feign ignorance of the overt political leanings of Iche Ndu and Okey Wali as PDP and Gov Nyesom Wike’s political facilitators whose activities and influence on judges are presently under investigation. We make bold to state that this obvious display of indiscretion by the Honourable Chief Justice and the NJC smacks of inexplicable thoughtlessness, befuddles the mind and sears through good conscience.

“For the record, retired Justice Iche Ndu and Okey Wali are unarguable ardent supporters of the Rivers State governor who have been variously named in petitions bothering on compromising of various judges and the petitions are subject of ongoing investigations. Therefore it is disturbing that the NJC would blatantly ignore the unfolding events around the two individuals and perniciously appoint them into a very sensitive job of reviewing code of conduct for judicial officers.

“Therefore, the APC calls on the NJC and its Chairman, Hon. Justice Mahmud Mohammed to drop retired Justice Iche Ndu and Bar. Okey Wali SAN from the NJC 10-man Judicial Ethics Committee without delay. The APC hereby serves notice to the NJC to do the needful immediately or face a well-mobilised and long-drawn protest by the APC which will include occupying selected locations in Port Harcourt and Abuja.”