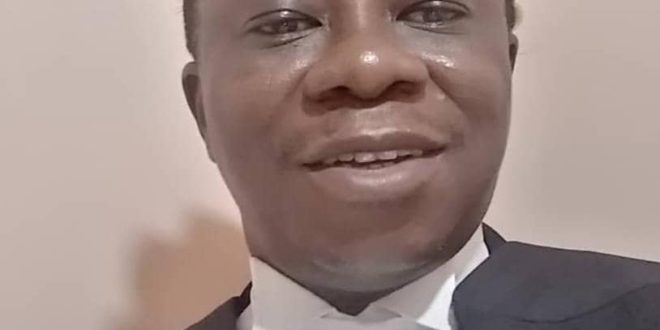 Counsel to the All Progressives Congress and Former Minority Whip of the House of Representatives DR SAMSON OSAGIE, gave the hint today after Justice B.O Quadri delivered the judgement which dismissed the suit filed by the Plaintiff- ABDURASHEED ISAH BARAU v. ALL PROGRESSIVES CONGRESS AND TWO OTHERS- SUIT NO FHC/BAU/CS/41/2022
Dr Samson Osagie hailed the judgement of the court maintaining that by the sound judgement his client- the All Progressives Congress has been vindicated of complying with its constitution, Electoral Act and other guidelines for the conduct of party primaries in respect of Ningi Central State Constituency. He commended the court for the detailed evaluation all the pleadings and submissions of Counsels and finally giving judgement in favour of his client and other defendants in the suit.
In the suit, Abdulrasheed Isah Barau has challenged the submission of the name of the third defendant Khaleed Abdulmalik to INEC by the All Progressives Congress as its candidate for the 2023 House of Assembly elections into the Bauchi State House of Assembly on the ground that he was the duly elected candidate of the party.

However, the APC and Khaleed Abdulmalik had argued through their respective Counsels that Abdulrasheed Isah Barau did not win the primaries conducted by APC on the 27th of May 2022 and therefore cannot claim to be the duly elected candidate of the party.
By this judgment third defendant Khaleed Abdulmalik remains the validly elected the candidate of the All Progressives Congress for the Ningi Central State Constituency of Bauchi State House of Assembly elections coming up next year.