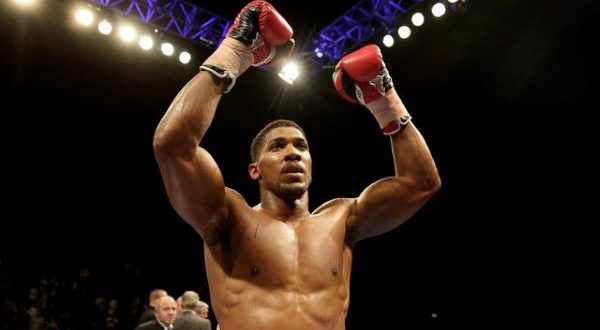 Anthony Joshua has been told that his problem is with himself – and not his coach Rob McCracken and team.

The two-time world heavyweight champion lost his world title belts last month to Oleksandr Usyk and has been touring America in what could be an effort to find a new coach.

But his old rival Dillian Whyte believes that the issue has nothing to do with McCracken or anybody else in his corner, but instead is personal.

Joshua and Whyte fought in the amateurs and the professional ranks, with Whyte winning their first meeting before Joshua got revenge on the big stage years later.

And it appears inevitable that at some point before their careers are over, the London duo will fight again as their rivalry continues to bubble.

And speaking with TalkSPORT, Whyte said that he believes Joshua has a bigger issue with himself than anyone on his coaching team.

“The easiest thing to do when you lose is to question the people around you instead of questioning yourself,” Whyte said.

“Robert McCracken is a great trainer – look what he’s done for Carl Froch and other people on the GB squad – but when you lose you start looking for excuses, ‘Ah maybe I didn’t sleep enough, maybe it’s my coaches.’

“Joshua’s problem is with himself, it’s not with his coaches – it’s him.

“He let all these idiots come around him and start telling him, ‘Ah, yeah, do this and be like this’.”

Joshua was favoured to beat Usyk when they met at the Tottenham Hotspur stadium last month, with experts citing his size, experience at the weight and power as reasons he could beat the Ukrainian.

Can Anthony Joshua win his rematch with Oleksandr Usyk? Let us know in the comments section!

But Usyk, a former undisputed cruiserweight champion and Olympic gold medalist, came in looking much better than his previous two heavyweight outings, and handily took the belts in front of Joshua’s home crowd of over 63,000.

And Whyte believes that Joshua’s game plan, which included coming in leaner than usual and attempting to outbox the technically proficient Usyk, was part of the reason why he lost.

Usyk had looked unimpressive in his initial two fights against Chazz Witherspoon and Oleksandr Usyk after moving up from cruiserweight, where he had systematically went through the division to become undisputed.

“He just subdued to a 12-round beating.”

Joshua immediately enacted his rematch clause to order a second bout with Usyk, which is expected to take place in the early part of next year.

After the Brit was made favourite with the bookies for their first outing, the odds have almost directly flipped in the Ukrainian’s favour.

But Whyte isn’t sure if he will be able to make the requisite changes to get the win, saying that he felt the fight could have been stopped in the final round of their first meeting.

“I don’t know,” he answered when asked if Joshua will win the second fight. “I thought Usyk stopped him in the last round.

“I thought the referee should’ve stopped it.”