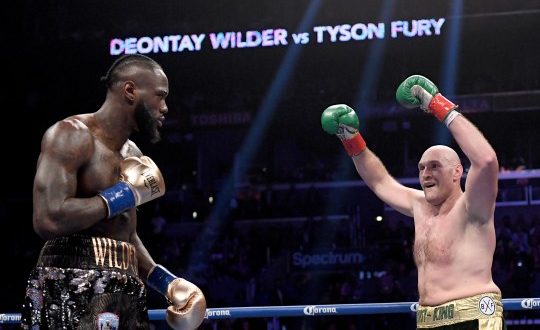 Anthony Joshua is backing Tyson Fury to beat Deontay Wilder in their highly anticipated rematch this month. After their controversial draw in December 2018, Fury and Wilder will meet for the second time in Las Vegas on February 22.

Many believe Fury did enough to win the first fight on points, although he was forced to get up from the canvas on two occasions following knockdowns from Wilder.

But Joshua, who reclaimed his four world heavyweight titles by beating Andy Ruiz Jr in December, believes Fury is now in better shape to triumph later this month.

‘A man who nearly done it the first time won’t get it wrong the second time.

‘That’s the only reason why. I think that he came close the first time to the point of a draw, it wasn’t like a 12-round masterclass then got battered in the 12th and that just separated it.

‘It was a draw, it was that close.

‘So I just think Tyson Fury is going to correct his wrongs and come back and win. ‘I don’t know what Wilder took away from the last fight he had with Tyson Fury.

‘Who has he fought since then? I think [Dominic] Breazeale is a decent campaigner but he’s never been a world champion, neither has [Luis] Ortiz. 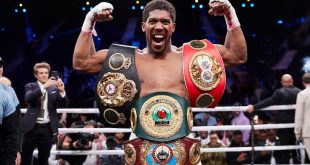 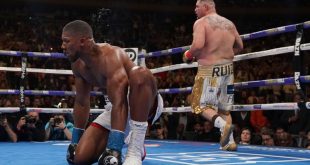 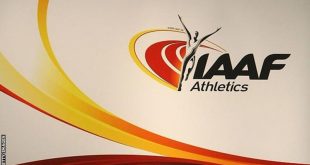 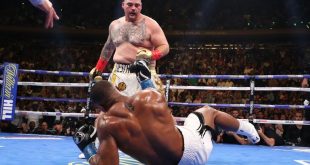 ‘On my journey, I fell down a couple times but I never fell off’ – Anthony Joshua says as he shows his physique