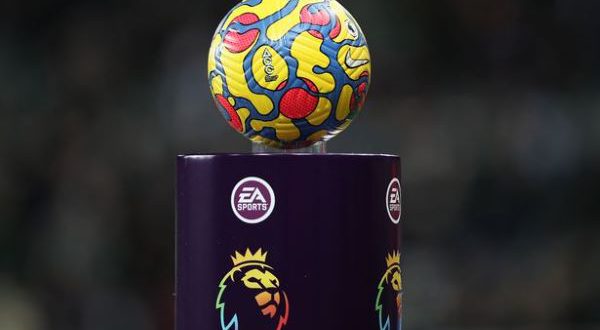 Rival clubs are furious over Arsenal getting their game at Tottenham called off on Sunday with several complaining the rules are being abused and decisions favour the big clubs.

Incredibly, Arsenal got the North London derby postponed despite only having ONE Covid case with Martin Odegaard when they lodged an appeal which prompted an angry statement from Spurs who said they were “extremely surprised.”

There is a growing number of clubs who are angry and frustrated at what they see as a lack of clarity and leadership from the Prem while they insist big clubs are getting preferential treatment.

Crystal Palace, Chelsea and Norwich are among the clubs to have had requests turned down while another claimed they were made to play with only 11 fit players.

It is causing a major backlash among the rest and Arsenal’s appeal has now sparked a bigger row which has enraged other clubs.

Arsenal were within their rights to make an appeal – but rival clubs feel that other clubs have already stretched them and now it is open season for the big clubs.

The current rules – which state clubs have to play if they can field 13 outfield players plus a keeper – were brought in during September 2020 and were reinforced last month when Covid cases were reaching their peak and threatening a raft of postponements.

But there is anger over Arsenal’s case because they only had one Covid case – albeit another played tested positive on Saturday – while other clubs have been made to play with more players and staff having tested positive for the virus.

Mirror Sport can reveal that even if Granit Xhaka – who was suspended for the North London derby – and youngsters Nikolaj Moller and Miguel Azeez who were recalled from loans at Viktoria Koln and Portsmouth respectively had been available they still would not have had 14 players.

That illustrates the depth of Arsenal’s injury list and therefore they currently have less than ten available players.

Plus Pierre-Emerick Aubameyeang, Thomas Partey, Mo Elneny and Nicolas Pepe are at the African Cup of Nations while Bukayo Saka, Calum Chambers and Kieran Tierney got knocks at Liverpool in the Carabao Cup last Thursday.

Arsenal are still not sure whether the second leg with Liverpool can go ahead this week until they can do a new head count and get numbers back.

The process for Premier League games is to make a case to the Board, club medics liaise with the Prem’s Chief Medical Officer and have to go into great detail about the extent of injuries.

The Premier League are insistent that Arsenal abided by all the rules, having made it clear that if it was just injuries then the game would have gone ahead but just one Covid case is enough to get a game postponed if they are not able to name 14 suitable players.

But Prem bosses also take into account the knock-on effects of Covid which may mean that some players in a squad have got injuries through fatigue after playing an excess of games because others are unavailable.

They also stress that, after all the talk of player welfare, they are looking after the interests of players and each appeal goes to the Board and is considered fairly while the 20 clubs all voted in the rules.

The Premier League’s next shareholders meeting is on February 20 but there may be a push for discussions before that date to resolve growing frustrations.

Charles Igbinidu is a Public Relations practitioner in Lagos, Nigeria
@https://twitter.com/ionigeria
Previous Rafael Benítez sacked by Everton six months into job after defeat at Norwich
Next Novak Djokovic to be banned from playing in Australian Open for THREE YEARS