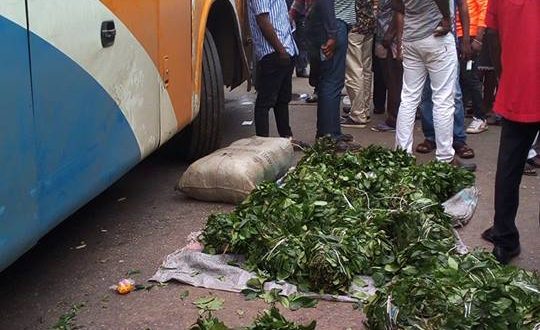 Sequel to the armed robbery attack on Benin-Ore-Lagos road early this morning, leaving one dead and many others injured, some angry bus drivers are in protest at the Benin-Ore road.

The drivers blocked the busy expressway with their buses causing heavy traffic while insisting that they have had enough of armed robbery attack and killings on the road. 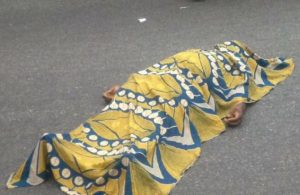 One of the drivers who spoke with our reporter said “we are tired of the constant armed robbery attack that happens on this road. Most of us are night travelers, the roads are n o longer safe for us to travel. There is hardly any day we don’t record about one or two armed robbery attack on this road and many of our passengers and colleagues have died in the attack. We are tired of this situation and we can’t take it anymore. We are gradually losing customers because many people are scared of travelling on this road at night. We have complained several times but much has not been done.” He said.

He called on government and the security agencies involved to come to their rescue adding that if there can be more presence on roads, armed robbery incidence will reduce.

Recall that there was an armed robbery attack on the Benin-Ore-Lagos Road early Friday which left one driver dead and one passenger seriously injured. According to reports, the incident occurred around Okada area of Benin, Edo state.

The corpse of the driver who was killed was laid on the floor as the protesters called on the presence of security operatives on the road.

They also demanded that Governor Godwin Obaseki should address them physically.