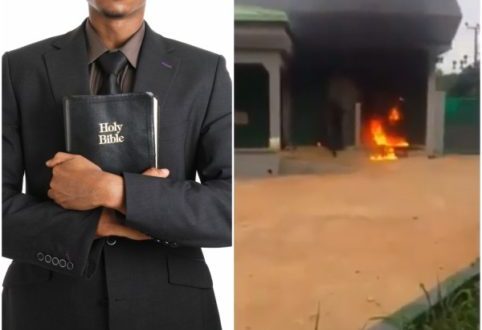 An Anglican Church priest, Rev. Chukwunyere Ibezim, has set the two Automated Teller Machine and a motorcycle on fire in Imo State.

The Automated Teller Machine, it was gathered, was installed by Imo Microfinance Bank at Aba Branch in the Ehime Mbano Local Government Area of Imo State.

The St. Stephen’s Anglican Church priest has been apprehended by the police for breaking into the bank in broad daylight with a gallon of fuel and setting the two installed ATMs on fire.

Confirming the incident, the Imo State Commissioner of Police, Chris Ezike, disclosed that the medical checks ran on the priest by his command evince that the suspect was mentally deranged.