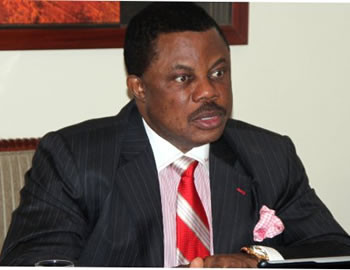 Anambra state has recorded its first death from COVID-19 just as three patients have been discharged from the state’s isolation center.

The state governor, Willie Obiano, disclosed this to newsmen while giving an update on its fight against the COVID-19 pandemic.

According to the governor, the deceased, a 66-year-old man died in a private hospital in the state

”Three of the cases have been discharged. It is important to explain that the only COVID19 death we have recorded so far was a 66-year-old man who did not report ill at any time. He went to a private clinic where our COVID19 team were invited

We took his sample and by the time we came back 24 hours later, the fellow was already dead in the private hospital he was receiving treatment. ” he said

The state has 10 confirmed cases of the viral disease.

Charles Igbinidu is a Public Relations practitioner in Lagos, Nigeria
@https://twitter.com/ionigeria
Previous Manchester United set to lose Odion Ighalo this week
Next WHO warns of ”Second Peak” of the Coronavirus pandemic as countries lift lockdown