Home / News / International News / Analysis | Trump Might Leave Scorched Earth on His Way Out. Netanyahu Is Happy to Lend Him a Lighter 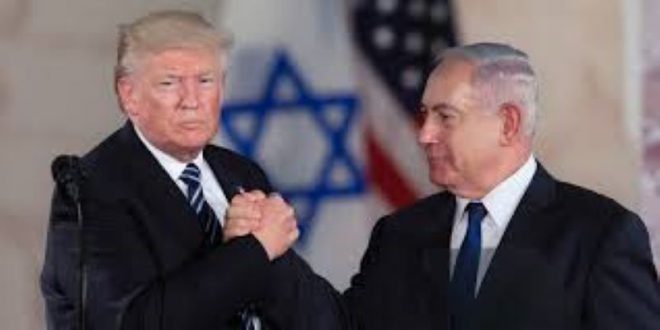 The president’s frantic tweets after the news broke of top Iranian nuclear scientist’s assassination make it clear his administration gave its blessing to the Tehran attack attributed to Israel. Could this be Trump’s final frenzy?

U.S. President Donald Trump has more than a month before he leaves the White House, and on his way out he could set the world on fire. In starting this conflagration, it seems as though he plans to strike every match in the box. Standing beside him, Prime Minister Benjamin Netanyahu would be more than happy to lend him a lighter.

The Friday assassination of the father of Iran’s nuclear program, Mohsen Fakhrizadeh, projects a sense of end-of-season panic in Washington, but this time the last-minute fire sales take on a whole different meaning. Whoever it was who actually pulled the trigger, Trump’s frantic tweets afterwards leave no doubt that his administration gave its blessing.

This may also help to explain why Saudi Arabia was so quick to deny reports of a three-way meeting on Sunday between Crown Prince Mohammed bin Salman, U.S. Secretary of State Mike Pompeo and Israel’s Netanyahu and Mossad chief Yossi Cohen in the coastal city of Neom, or why Netanyahu’s planned visit to Bahrain and the United Arab Emirates, planned for this week, was abruptly postponed.
But official denials or silence won’t change a thing. Iran has already made it clear who it sees as those directly to blame, and at whom revenge will be aimed – Israel. In the United States, meanwhile, apart from the not-so-subtle tweets by the outgoing pyromaniac president, intelligence officials have confirmed to the New York Times that Israel is indeed behind the shooting attack outside Tehran.

All this, without even getting into the question of the level of coordination, or lack thereof, between the Israeli prime minister and his defense minister, Benny Gantz, over the operation, which comes at a time when tensions between the two are peaking. It was even claimed that Gantz had no knowledge of Netanyahu’s reported Saudi adventure. It’s hard to conceive such an insane scenario, in which a defense minister is being kept in the dark over supposed Israeli involvement in such an operation. But this will hardly be the only crazy thing to have happened during Trump’s presidency.

While the issue of Iran drives a massive wedge between Democrats and Republicans, and U.S. involvement in an assassination like this would be seen as a way to force the incoming president into a corner, in Israel it’s unlikely that anyone would dare to condemn the operation.

In fact, there’s no security policy issue that garners as broad a wall-to-wall consensus in Israel as that of Iran. No politician, save for those from the Joint List, would dare say aloud that assassinations bring anything but regional escalations and replacing the target with the next one. No one would dare to raise the question of how Israel would react, God forbid, if Iran would assassinate such a high-ranking Israeli figure in their own territory.
This is Netanyahu’s greatest achievement and his legacy for the ages: No one in Israel would dare to present an alternative to his Iran policy. And when nobody will challenge him, as John Stewart Mill once so rightly said, we will never know if he is truly right.

Israel and Iran have both fully bought into the Satan thesis, great or little. They continue to arm themselves, and with American help the neighboring Gulf states are being massively armed as well, all in an infinite cycle of escalation.

Now all that’s left is to hope for two scenarios: either that the Iranians will prefer to wait for the upcoming swearing-in of Joe Biden instead of exacting their revenge, or that Trump will run out of matches.

A significant escalation with Iran, at the height of a pandemic and suffering economy, with a prime minister facing trial and prone to excluding his defense and foreign ministers, is too terrifying a scenario.

As Netanyhau himself, as an opposition leader in 2008, said of then-Prime Minister Ehud Olmert, a prime minister up to his neck in legal issues has no moral or public mandate to determine such fateful things for the State of Israel, and the people in his circle, personally-appointed sycophants, are unable to temper the danger.

Charles Igbinidu is a Public Relations practitioner in Lagos, Nigeria
@https://twitter.com/ionigeria
Previous Iran’s president blames Israel for killing nuclear scientist and vows to respond at the ‘right time’
Next Kidnapped wife of the Chief of Staff to Ondo state governor rescued by Amotekun