The wealthy American behind the scandalous naked Dubai photoshoot could be jailed for up to 18 months in the UAE.

And the models in the shoot, from Ukraine, are still in detention waiting to be deported, say reports in Kyiv.

Vitaliy Grechin, 41, is believed to be in custody despite earlier reports that he had left the United Arab Emirates, according to Segodnya newspaper.

The Kiev-based US passport holder could face one a half years in jail, said the outlet citing its own sources. 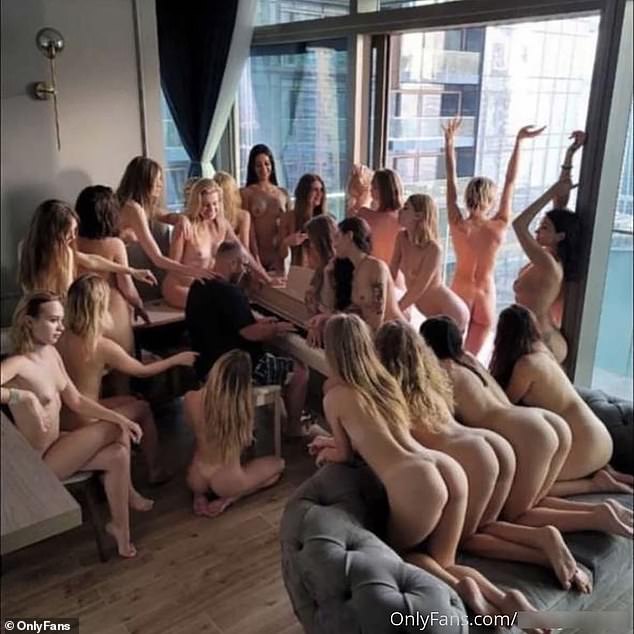 The wealthy businessman behind the scandalous photoshoot Vitaliy Grechin, 41, is believed to be in custody despite earlier reports that he had left the United Arab Emirates

Grechin has been pictured with a string of famous names including Barack Obama, Hillary Clinton, George Clooney, Sylvester Stallone, and Viktor Yanukovych junior, the late son of the former Ukrainian president.

The Ukrainian reports say 11 models are expected to be deported ‘soon’ but the exact timing is not known.

If so, this is seen as lenient treatment because under Sharia law they could have been jailed for six months for offending public morality. 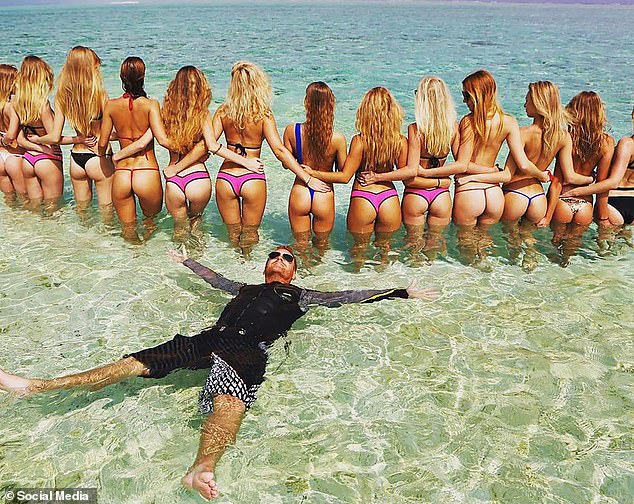 The Kiev-based US passport holder could face one a half years in jail, said the outlet citing its own sources

A twelfth model has been diagnosed as suffering from Covid-19 and her departure will be delayed, said Segodnya.

A Russian IT company boss Alexey Kontsov, 33, allegedly involved in the balcony picture, also remains in detention in Dubai.

Another eight Ukrainian women were allowed to fly home but have not spoken about the video and photographs which sparked an international incident.

One said: ‘I was told not to show my face for a while, or it will be worse.

‘All the girls are in fear now.’

Separately a report said that a number of the group of models in Dubai had refused to undress for the naked shoot.

A picture shows Grechin playing the piano in the Dubai apartment surrounded by 21 naked women in the apartment where the offending pictures and footage were made.

Meanwhile, an associate of Grechin’s, French millionaire Stephane Clavel, 44, has denied being present in Dubai for the shoot.

‘I know some of the girls, not all who were there, but some of them,’ he admitted to TSN.

‘We are friends. They were at my birthday party in Dubai.’

His birthday was in January, and he said Grechin had invited him to last week’s event – but he did not go. 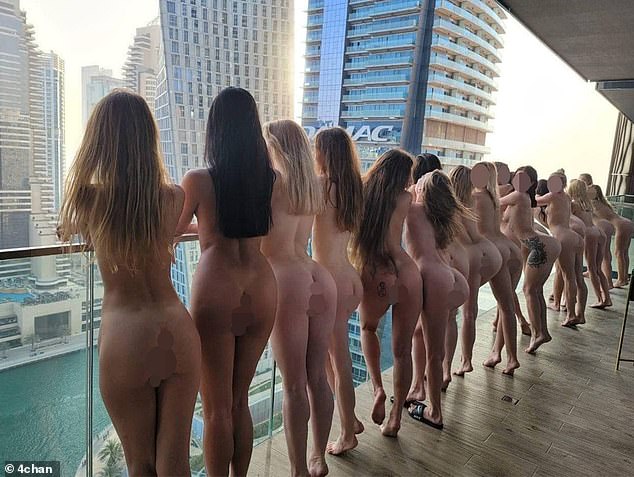 The models standing on a balcony in Dubai for a photoshoot 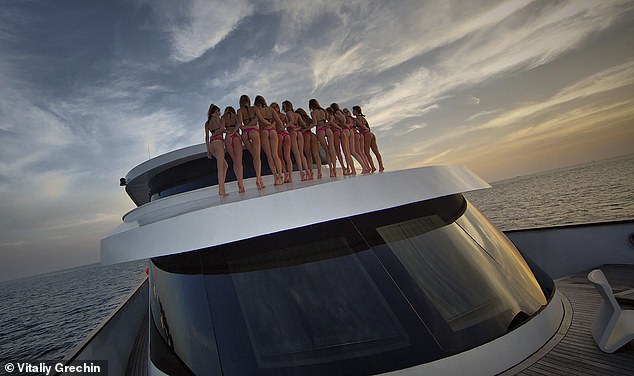 Scantily clad models pose for a photoshoot with Vitaliy Grechin

‘I know Grechin, he has a fetish related to photos, he loves to take millions of photos,’ he said.

‘He probably gave a bit of alcohol to girls, so they were more sexy, they caught the courage, and ended up naked on the balcony, which is prohibited in Dubai.’

TSN reported that Clavel’s apartment in Kyiv was also visited by police who broke the doors to conduct a search. 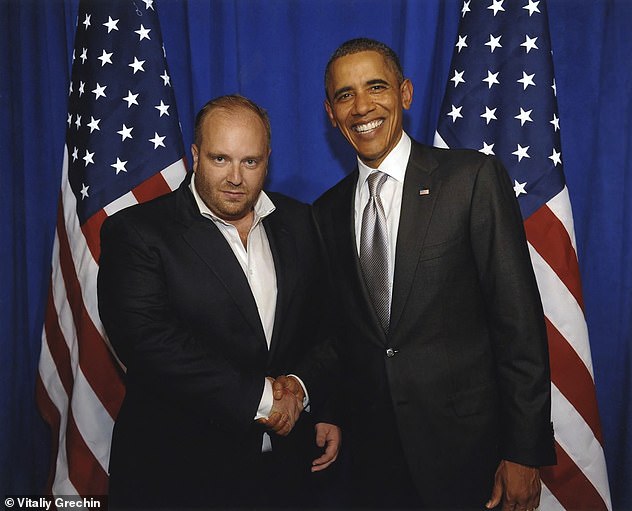 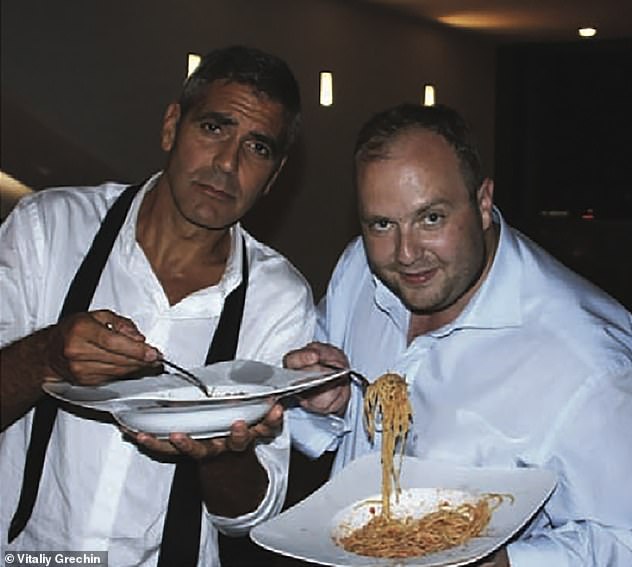 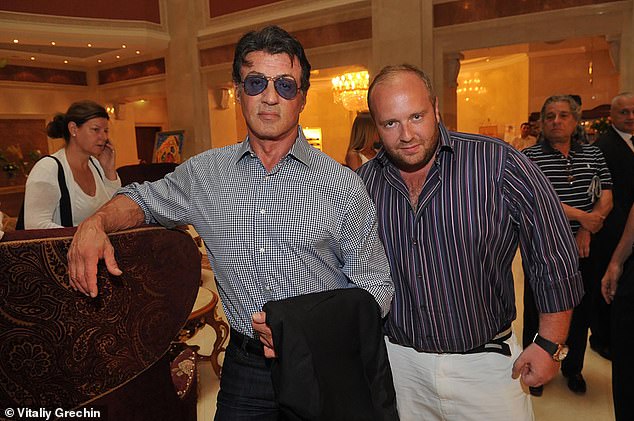 A Russian photographer who has worked with Grechin denied he was a ‘sex giant’.

Sergey Lenin – who also denied being on the Dubai trip – said Grechin was a ‘muddy person – but he is very smart and original.

‘His actions do not always lend themselves to logic.’ 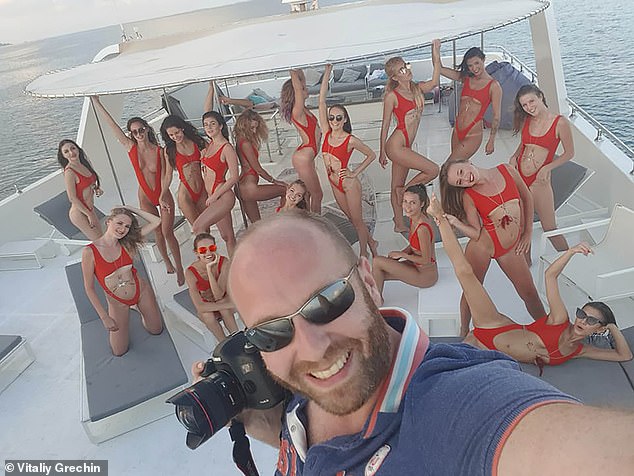 He was ‘not a sex giant’ but was ‘a deeply lonely person’.

‘I sent him a screenshot of this story with a caption: ‘Dude, you’re famous now’, but I did not get any reply.’

Model Marianna Fedchuk, 21, who returned to Kyiv from Dubai, revealed her friend Olga Tatar, 23, had also been on the trip.

Charles Igbinidu is a Public Relations practitioner in Lagos, Nigeria
@https://twitter.com/ionigeria
Previous St Vincent volcano: Power cuts after another ‘explosive event’
Next EFCC explains why Hotel seized from Dasuki was converted to official use