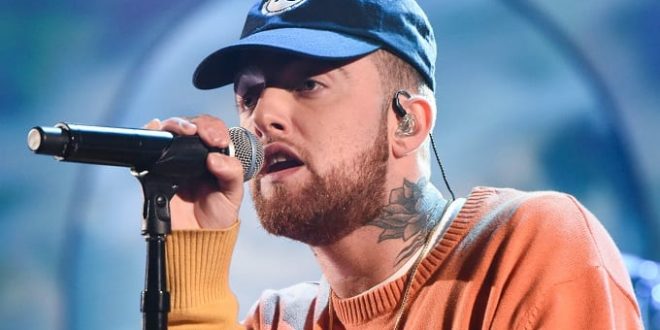 American rapper and singer , Malcolm McCormick , known by his stage name, Mac Miller, has been found dead of suspected overdose.

The 26-year-old rapper who died on Sept.7 in his Studio City  home of  San Fernando Valley had sung  about his struggles with drug abuse and death in his music.

He was known for channeling his struggles into his music and rose to fame after topping US charts with his debut album in 2011.

Malcolm signed a deal with Warner Bros in 2014 and  Tom Corson, the Co-Chairman of the group,  released a statement about his death.

“All of us at Warner Bros. Records are deeply shocked and saddened by the tragic news of Mac Miller’s untimely passing.

“Mac was a hugely gifted and inspiring artist, with a pioneering spirit and a sense of humor that touched everyone he met.

“Mac’s death is a devastating loss and cuts short a life and a talent of huge potential, where the possibilities felt limitless.

“We join all of his fans across the globe in extending our thoughts and prayers to his family and friends,”  the statement said.

Mac Miller was born on Jan.19,1992 in Pittsburgh, Pennyslavia.

He grew up in Point Breeze, Pittsburgh with his parents  who were  both an architect and a photographer.

Miller  recorded his first track at  14 though he started his rapping at nine .

In 2009, he recorded his first mix – tape on his laptop which he described  as ” of  horrible quality” having  sold about 70 copies.

Other stars in the hip-hop world had been paying their   tributes  to Malcolm.

J Cole said on Twitter: “This is a message for anybody in this game that’s going through something.

“If you don’t feel right, if you feel you have a substance problem, if you need a ear to vent to, if you are  uncomfortable talking to people around you. Please reach out to me.”

Thinking out loud singer, Ed Sheran also posted a tribute on his instagram saying the news was heartbreaking.

“This just really saddened me. I hung out with Mac a few times over the years and he was always such a sweetheart, always had the time of day for anyone, whoever they were.

“As well as being a great talent, he was a great human. Love and prayers to his family and friends. I don’t know what else to say,” he wrote.

Chance The Rapper tweeted , “Mac Miller took me on my second tour ever.

“But beyond helping me launch my career he was one of the sweetest guys I ever knew. Great man. I loved him for real. I’m completely broken. God bless him.”

The News Agency of Nigeria(NAN) reports that the rapper was into  a long-term relationship with singer YBAriana Grande which ended on grounds of substance abuse.

The pair dated for almost two years and recorded multiple songs together, including “My Favorite Part and “The Way.”

Grande and Malcolm ended their relationship in May. 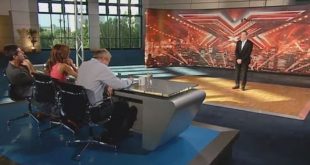 Spread the lovePhillip Blackwell, known for his bizarre rendition of a Spandau Ballet tune on …