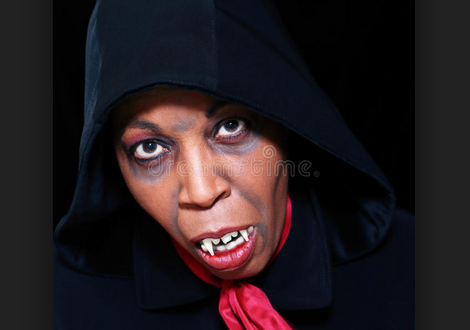 Alleged Vampire Killed By Pastor During Baptism In Zimbabwe

A  37-year-old pastor, Masimba Chirayi, has allegedly killed one of his members during baptism session claiming she was a vampire.

Chirayi who is a reverend at New Johanne Masowe, Zimbabwe, killed one Wendy Thinnamay Masuka over the weekend after he mistook her for a vampire.

He appeared before a Zimbabwean magistrates’ court answering to culpable homicide charges.

According to Iharare, Chirayi told the court that he did not kill Masuka on purpose adding that she appeared like a dangerous creature to him.

“In my eyes she was like a vampire possessed by demons, she was violent and I thought she was going to kill people so I kept her submerged in water until I overpowered her,” he said.

According to court papers, Chirayi was conducting a cleansing and baptism session.

He was released on bail and the date for trial fixed for May, 2018.

Several congregants are expected to testify against him.