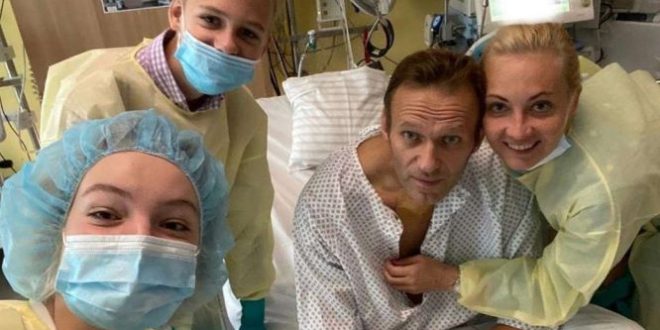 A photo of Russian opposition leader Alexei Navalny at Berlin’s Charité hospital that was posted on his Instagram feed on Tuesday.

Traces of the nerve agent allegedly used to poison Russian politician Alexei Navalny were found on a bottle in the hotel room where he stayed before falling ill, his team has said.

Mr Navalny collapsed on a flight in Siberia in August. Germany says he was poisoned with a Novichok nerve agent.

It was previously thought that he may have been targeted at the airport.

His team alleges he was poisoned on the orders of Mr Putin.

The Kremlin denies any involvement in the case and says there is no evidence that a nerve agent was used.

A video posted on Mr Navalny’s Instagram account on Thursday shows members of his team in a hotel room in the Siberian city of Tomsk after news of his poisoning emerged. 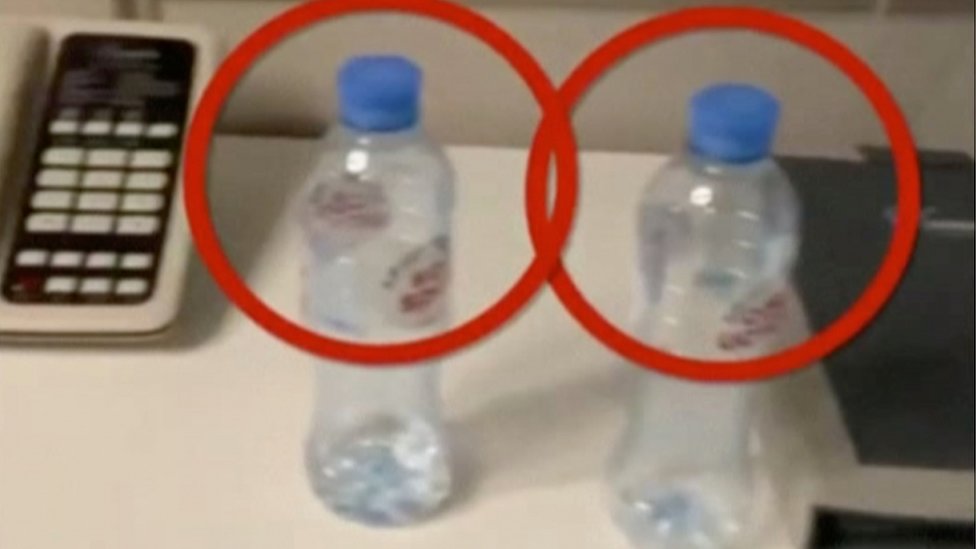 The post says they were there to gather potential evidence from the hotel to send to Mr Navalny’s medical team in Germany because they did not trust the Russian authorities.

Several empty water bottles can be seen in the clip. They are among a number of items bagged by individuals wearing gloves.

“It is precisely on the bottle from the Tomsk hotel room that a German laboratory found traces of Novichok,” the post says.

The German authorities have not commented on the alleged finding.

Earlier this week, Mr Navalny posted once for the first time since he fell ill. He said he was now able to breathe unaided.

His spokeswoman said he intended to return to Russia.

What happened to Navalny?

The Russian anti-corruption campaigner became ill during the flight from Tomsk to Moscow on 20 August, and the plane made an emergency landing in the city Omsk. Russian officials were persuaded to allow him to be airlifted to Germany two days later.

After carrying out tests, Germany said there was “unequivocal proof” that Mr Navalny had been poisoned with a Novichok nerve agent.

Labs in Sweden and France later confirmed the findings, according to the German government.

A nerve agent from the Novichok group was also used to poison Russian ex-spy Sergei Skripal and his daughter in Salisbury, in England, in 2018. They both survived, but a local woman, Dawn Sturgess, died after coming into contact with the poison.