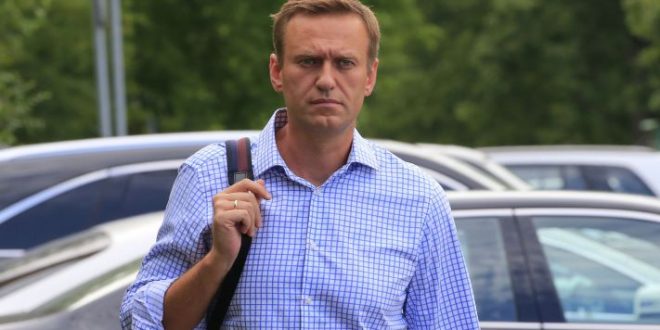 The Putin critic is fighting for his life in hospital after drinking tea that allies believe was laced with poison.

Russian doctors say there is no evidence Alexei Navalny was poisoned – and have put his condition down to metabolic disease caused by low blood sugar.

The long-time critic of President Vladimir Putin is fighting for his life on a ventilator after drinking tea that allies believe was laced with poison.

The 44-year-old’s spokeswoman said doctors had caved in to Kremlin pressure by refusing to let him be transported to Germany for treatment – but medics said the decision was made because he was not well enough.

Speaking to reporters on Friday, deputy chief doctor Anatoly Kalinichenko at Omsk hospital said that as of today, no traces of poison were found in Mr Navalny’s body.

The politician’s spokeswoman Kira Yarmysh posted a video on Twitter of the medic speaking.

“Poisoning as a diagnosis remains on the back burner, but we don’t believe that the patient suffered from poisoning,” the doctor said.

A plane had apparently been due to transport Mr Navalny to Germany for treatment following the alleged poisoning.

He fell ill on a flight back to Moscow from Tomsk, a city in Siberia, and was taken to a hospital after the plane made an emergency landing in the Russian city of Omsk.

Mr Navalny‘s wife cited a police officer as saying a “very dangerous” poison had been detected in his body that posed a risk to everyone around him who should therefore wear protective suits, local media reported.

The hospital said the Russian opposition leader’s condition had improved a little, but that it was still unstable and that attempting to move him could pose a risk to life.

Mr Navalny’s spokeswoman said the hospital refused to move him to another facility against his family’s wishes.

“The ban on the transportation of Navalny is only needed to stall for time and wait until the poison in his body can no longer be traced. Moreover, every hour of delay creates a critical threat to his life,” Ms Yarmysh wrote on social media.

She said a German air ambulance with a team specialised in treating coma patients was due to land in Omsk at around 6am, and that doctors had previously agreed to move him, but had changed their mind at the last minute.

“This decision, of course, was not made by them, but by the Kremlin,” she said.

The Kremlin said on Thursday that medical authorities would promptly consider any request to move Mr Navalny to a European clinic and were being open about his condition.

Mr Navalny’s allies want to take him out of the country to be treated, but the hospital has said many legal questions would need to be resolved before that could happen.

Charles Igbinidu is a Public Relations practitioner in Lagos, Nigeria
@https://twitter.com/ionigeria
Previous Manchester Utd Captain Harry Maguire ‘arrested on holiday’ after altercation at a bar
Next South Africa Man rapes, mutilates and beats girl, 8, to death after being paroled for murdering his own son 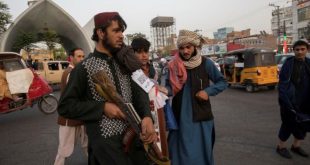