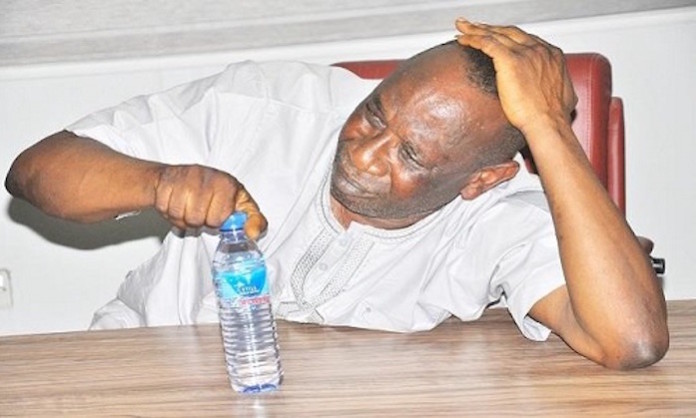 By Olakiitan Victor in Ado Ekiti

The Federal High Court, Ado-Ekiti Division, on  Wednesday  declared the arrest and detention of a member of the Ekiti State House of Assembly, Hon Afolabi Akanni,  for 18 days  by Department of State Services for  undisclosed reasons as illegal and flagrant violation of the 1999 constitution .

To this end, the court ordered the DSS to pay a fine of N5 million to the lawmaker  for the “illegal arrest and continued detention for 18 harrowing, excruciating and brain cudgeling days, without access to his lawyers and family”.

Akanni, representing Efon constituency , was  on March 4  arrested within the premises of the Ekiti State House of Assembly and  whisked to Abuja by men of the DSS, where he was detained for 18 days before being let off the hook.

Akanni’s lawyer, Obafemi Adewale , had on March 11 , through an ex-parte  motion  sought  for the  enforcement of the fundamental human rights of the detained lawmaker, adding that the lawmaker  should be brought before the court  to face trial rather than continued detention.

Delivering his judgement , Justice Taiwo  Taiwo noted that the respondent, DSS, had all along failed to either deny or defend the position,  as well as the facts and allegations of the applicant, adding that in the eyes of the law: “There is no basis for the court to believe that all that the applicant had alleged against the DSS were not true” .

Charles Igbinidu is a Public Relations practitioner in Lagos, Nigeria
@https://twitter.com/ionigeria
Previous Senate suspends amendment of CCB Act
Next Saraki: The Morality of His Persecution and Prosecution