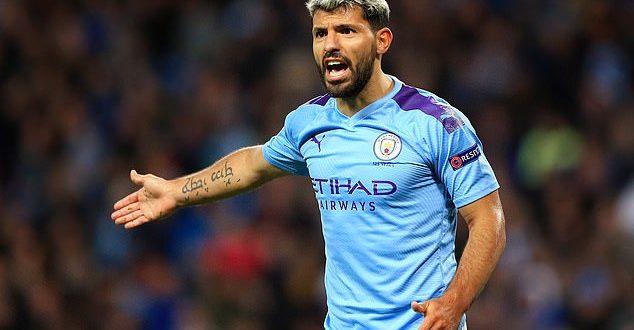 Aguero could return to Manchester City, offered an ambassadorial role

Sergio Aguero could be set for a return to England after Manchester City offered an ambassadorial role to the Argentinian.

The legendary forward – City’s record goalscorer – was forced to retire from football last month after developing an undiagnosed heart condition while at Barcelona, the club he joined from City last summer.

Aguero announced his decision to hang up his boots in an emotional press conference at the Camp Nou, and has since flown back to South America to spend time with his family.

Just 33, the Argentinian is yet to make any announcements about what he plans to do following the abrupt termination of his career.

This gesture from City would be one way for Aguero to continue his footballing legacy.

The club have already announced plans to build a statue of Aguero outside their Etihad Stadium, in recognition of his hugely successful decade-long spell in Manchester.

If he decides to accept the club’s ambassadorial offer, Aguero would be following in the footsteps of the likes of Joleon Lescott, Micah Richards and Shaun Wright-Phillips in taking up duties with their former club.

Charles Igbinidu is a Public Relations practitioner in Lagos, Nigeria
@https://twitter.com/ionigeria
Previous Agbonlahor’s advice for Manchester United: They must sell Cristiano Ronaldo
Next ‘Age is telling on me. Working now for 6, 7, 8 hours a day in the office is no joke’, Buhari confesses