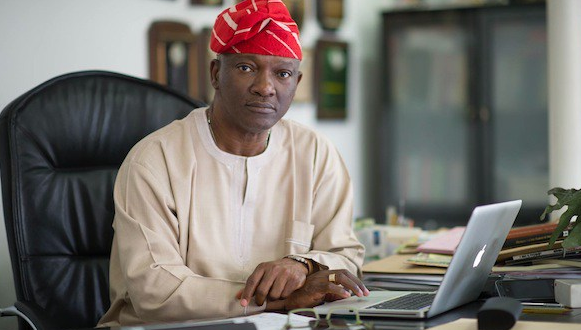 The Jimi Agbaje Campaign Organisation (JACO) has raised an alarm that officials of the Independent National Electoral Commission (INEC) were colluding with the All People’s Congress (APC) to disenfranchise non-indigenes resident in Lagos.

JACO said these INEC personnel, acting the script of APC, were undertaking discriminatory distribution of PVCs by withholding the cards of non-indigenes largely suspected of being unsympathetic to ruling party.

Although the organisation commended INEC for extending the collection of PVCs to Monday, it posited that the extension would make no meaning should officials themselves become a stumbling block to an identified set of voters.

Describing the trend as immoral, illegal and xenophobic, JACO demanded that the Commission should wade into the matter, restore normalcy and bring perpetrating officials to book.

A statement by JACO’s Director of Media and Publicity, Mr. Felix Oboagwina, said the organisation was daily inundated with reports from aggrieved members of the public, alarmed that non-indigenes living in local governments where the People’s Democratic Party (PDP) may enjoy massive support, were being denied their PVCs by INEC personnel.

“These unscrupulous INEC workers deny cards to potential and duly registered voters whose names do not sound Yoruba or Hausa,” Oboagwina said. “Our fear is that at the end of the day, these unclaimed PVCs will be used to do proxy-voting for APC or end up in the lagoon or refuse dump.”

According to JACO, the denial of cards to duly registered voters represented a new height in APC’s rigging plans.

The organisation wondered why duly registered voters should be denied their rights, contrary to the relevant laws and regulations.

In the words of JACO’s spokesman: “We are witnessing a xenophobic, discriminatory and dangerous move by these INEC officials. They have embarked on a voyage of illegality. The Nigerian Constitution says that no one should be discriminated against on the basis of sex, status or tribe. But these xenophobic, discriminatory and nepotistic officials have undertaken to violate these provisions against their own good conscience and against the Electoral Act and the Nigerian Constitution.”

According to the organisation, those being denied PVCs were duly registered voters with TVCs (Temporary Voter’s Cards), whose names duly appeared on the voters’ register as they had registered to vote in their areas of residence.

“However, whenever they show up like other pe0ple to collect their PVCs, the officials take a look at the names on their TVCs, and where they are neither Yoruba nor Hausa names, they are told that their cards did not come with the pile being distributed at the Time-T,” Oboagwina said.

Curiously, according to Oboagwina, the INEC officials distributed cards by proxy through recognised APC members who take such cards home to voters who, for one reason or the other, failed to turn up to collect them at the Commission’s distribution points.

“The move has proved frustrating. And it is the desperate antic of a party that has failed to impress the electorate,” JACO said.

On its own part, JACO said it had often encouraged such voters to report such infractions to relevant superior officials and to keep visiting the distribution point until INEC did the needful.

According to Oboagwina, the ongoing discrimination served as a pointer that the INEC officers manning such posts would ultimately assist APC to falsify results and rig elections during actual voting.

“We are not comfortable with the situation,” the statement said. “It appears like part of a grand plan by these officials to ensure APC falsely has a good result in their areas by all means.”