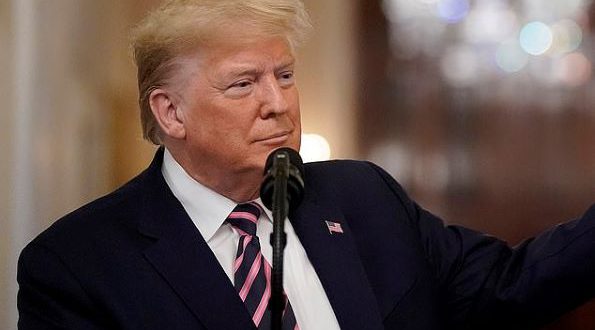 Senate Republicans handed former President Trump his second impeachment acquittal on Saturday, clearing him of charges that he incited the mob that attacked the Capitol on Jan. 6.

Senators voted 57-43 on whether to convict Trump of high crimes and misdemeanors for “willfully inciting violence against the Government of the United States.”

Every Democrat voted to find him “guilty,” the question technically before the Senate, and they were joined by seven GOP senators — falling short of the necessary 67 votes, or two-thirds majority, needed for conviction.

The vote comes roughly five weeks after the attack on Jan. 6, when a pro-Trump mob stormed the Capitol in an effort to stop the counting of President Biden‘s Electoral College win. The Democratic-led House moved to impeach Trump exactly one week later, with 10 Republicans supporting the effort.

The Senate trial, Trump’s second in roughly a year, was filled with historic markers: Trump is the only president to go through the process twice and the first to face a trial after he left office. Unlike previous trials, Sen. Patrick Leahy (D-Vt.), the president pro tempore of the Senate — and not the chief justice of the Supreme Court — presided.

But the outcome was forecast for weeks as a growing number of GOP senators embraced the argument that it was unconstitutional to convict a president after he has been removed from office by voters.

The Senate had previously held two votes on whether the trial was constitutional, with 45 and subsequently 44 Republicans arguing it was not. The votes underscored how few GOP senators were open to convicting Trump even as the party raged against him following the Jan. 6 attack on the Capitol.