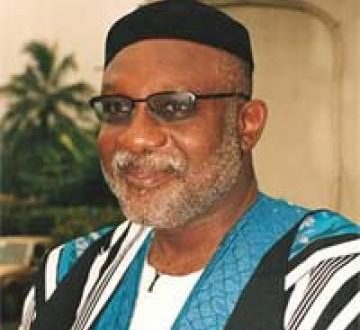 Governor Oluwarotimi Akeredolu of Ondo State on Tuesday said his administration would check the disproportionate percentage in budgetary allocation to capital and recurrent expenditures.

Akeredolu, who said this in Akure while signing the 2017 Appropriation Bill into law, added that his administration was committed to boosting revenue generation.

He said the huge deficit in various sectors needed to be addressed, adding that this informed the move to redress the imbalance between recurrent and capital expenditures.

“These fiscal estimates have been scrutinised meticulously to capture the aspirations of this administration on real development.

“It is important to state that the government has initiated special intervention strategies on agriculture, job creation, infrastructure, education, technology and rural development,” he said.

“We shall devise means of plugging loopholes exploited by unscrupulous elements to deny the state of deserved revenue,” he added.

Earlier, Mr David Oleyeloogun, the Speaker of Ondo State House of Assembly, had commended members for their cooperation and commitment toward making the budget a reality.

The bill was passed on Monday by the Assembly.