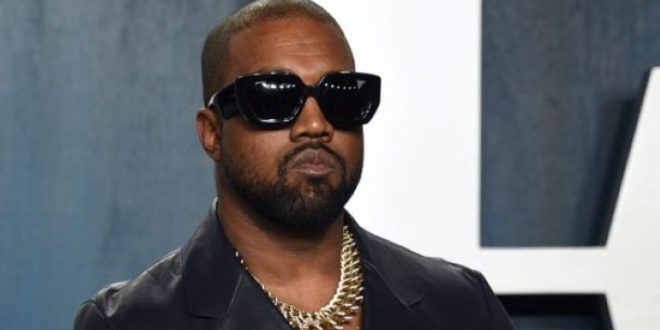 Adidas has ended its partnership with Kanye West, saying it “does not tolerate antisemitism” after the rapper was suspended from Instagram and Twitter over offensive posts.

The German sports brand said recent comments and actions from West, who has officially changed his name to Ye, had been “unacceptable, hateful and dangerous, and they violate the company’s values of diversity and inclusion, mutual respect and fairness”.

The company said it would take a “short-term” hit of €250m (£217m) to its income for this year after deciding to stop the brand’s business with immediate effect. It is to end production of items under West’s Yeezy brand and stop all payments to the musician and his companies.

In 2020, the partnership brought in nearly $1.7bn in revenue for Adidas, according to Bloomberg, and was due to expire in 2026.

The loss of revenue will be a blow to Adidas, which recently warned its profit margins and sales were taking a hit as stock piled up in warehouses because of slowing consumer demand.

West’s personal fortune is also likely to take a hit, with Forbes reporting the artist is now worth $400m, down from $2bn in the magazine’s billionaires list this year. West has claimed the Adidas deal was worth more than $4bn and Forbes’s calculations were wrong.

West had previously been associated with Nike for years, bringing out the Air Yeezy in 2009, but broke away in 2013, lending his name to Adidas instead. They launched their first Yeezy shoe together in 2015 – a partnership that helped make him a billionaire.

The collaboration – which appears to have been removed from Adidas’s website with immediate effect – encompassed sportswear, jackets and trainers. However, it was the Yeezy Boost trainer that drew queues and high price tags for both new and secondhand.

Adidas put up the deal for review after West’s controversial Paris show earlier this month at which models took to the catwalk wearing “White Lives Matter” shirts.

A few days ago, the brand launched a new version of the Yeezy Boost 350 v2 in a new colour before ending the relationship on Tuesday.

The brand said it was the sole owner of all design rights to existing products as well as previous and new colour variations under the Yeezy partnership.

Adidas’s move comes after Balenciaga, Gap and JPMorgan Chase all cut ties with West after repeated antisemitic remarks. The rapper’s longtime talent agency CAA stopped representing him in the past month, according to the Hollywood Reporter.

The rapper recently claimed Adidas could not drop him, despite his comments fuelling calls for a boycott. The remarks also prompted the Anti-Defamation League to call on Adidas to end its business with West.

West has a history of courting controversy, including a 2020 aborted run for president and claims that slavery was a “choice”. However, the rapper, who is bipolar, had until recently experienced limited repercussions over past comments.

Twitter locked West’s account on 9 October after it removed one of his tweets that said he was going “death con 3 On JEWISH PEOPLE”. The platform said it violated its policies against hate speech.

The Facebook owner Meta restricted West’s Instagram account on 7 October after the rapper made an antisemitic post in which he appeared to suggest the rapper Diddy was controlled by Jewish people – an antisemitic trope.

The president of the Central Council of Jews in Germany on Tuesday said the sportswear manufacturer had a special responsibility to cut ties with West given its history in the Nazi era.

“Adidas has to face up to its historic responsibility not just as a German company, but also as a company that was tangled up with and profited from the National Socialist dictatorship”, Josef Schuster told the tabloid newspaper Bild.

“Since then, Adidas has done a lot to distance itself from its past,” Schuster added. “If this is to be believable, then cutting ties with Kanye West is mandatory. Not the best sneaker can be worth being linked to the depths that this artist has lowered himself to.”