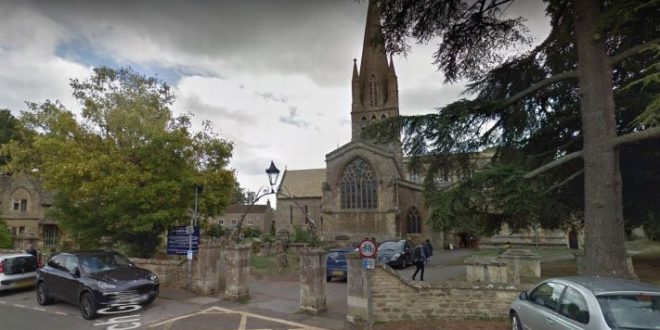 A woman was raped after being dragged into a churchyard in the early hours of Sunday morning.

The victim, who is in her 20s, was approached by a man at around 1.30 am in Witney, Oxfordshire, England.

Police said the stranger dragged her into the grounds of Saint Mary’s Church and raped her.

Investigating officer Detective Chief Inspector Lewis Prescott-Mayling, of Thames Valley Police, said: “We are in the initial stages of our investigation into a rape that was reported to the force in the early hours of this morning.

“A thorough investigation has started in earnest, including a trawl of CCTV in the area, taking statements from numerous witnesses, and forensic examinations at the churchyard of Saint Mary’s Church, where we have instated a scenewatch.

“I would appeal to anyone with any information about the offence to contact Thames Valley Police immediately.”