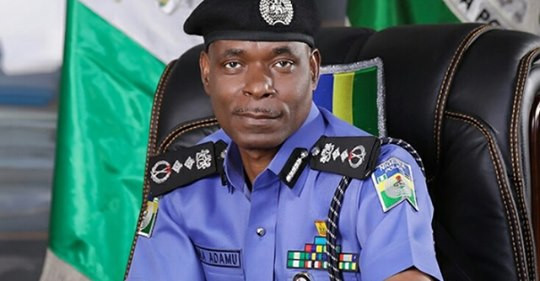 The Inspector General of Police, Mohammed Adamu has ordered the immediate replacement of Ene Okon as the Commissioner of Police in Abia State.

Janet Agbede will be taking over from the former Police Commissioner who has been redeployed to the Force Headquarters in Abuja.

According to the Police Chief, the deployment of Mrs Agbede followed the unprofessional conduct and misuse of firearms by a policeman in the Ebem Ohafia area of the state that led to the death of one Ifeanyi Arunsi.

A Special Investigation Panel headed by Anthony Ogbizi, the Deputy Inspector General of Police (DIG) in charge of the Force Criminal Investigation Department has been constituted to investigate the incident and the violence that ensued and led to destruction of government property and operational assets of the police.

A statement shared on the official Twitter page of the Nigeria Police Force (NPF) reads;

The Inspector General of Police, IGP M.A Adamu, NPM, mni, has condemned the glaring unprofessional conduct and misuse of firearms by a policeman at Ebem Ohafia area of Abia State on Friday, 17th April, 2020 which led to the unfortunate death of one Mr. Ifeanyi Arunsi.

The IGP equally condemns the resort to self-help by some people and the resultant arson and damage to Government property and operational assets of the Nigeria Police Force.

Meanwhile, the IGP has set-up a Special Investigation Panel headed by the DIG Anthony Michael Ogbizi, fdc in charge of the Force Criminal Investigation Department to carry out a comprehensive investigation into the unfortunate incident.

The Panel will review police actions and inactions prior, during and after the death of Mr. Ifeanyi Arunsi and the circumstances surrounding the attack on the police station and damage to property.

In a related development, the IGP has ordered the immediate deployment of CP Janet Agbede as the new Commissioner of Police, Abia State. She takes over from CP Okon Ene who has been redeployed to the Force Headquarters, Abuja.

While condoling the family and friends of the Late Ifeanyi Arunsi, the IGP enjoins the people of Ebem Ohafia in Abia State not to take the laws into their own hands but rather allow the course of justice to prevail at all times.

He assures that the investigation into this case will be swift and thorough noting that justice will surely be done to all parties.