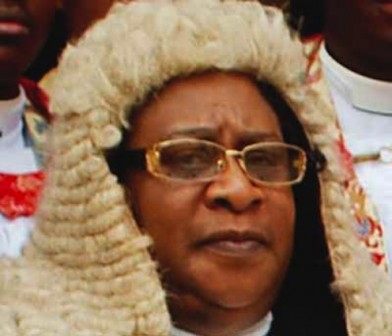 The Court of Appeal in Abuja, on Thursday, berated Justice Okon Abang of the Federal High Court in Abuja over his refusal to hands-off the suit that led to the removal of Governor Okezie Ikpeazu of Abia State.

The appellate court held that Justice Abang “placed the law on its head”, when he declined to suspend further proceeding on the matter, having been notified that an appeal had already been lodged against an interlocutory ruling he delivered on July 8. A five-man panel of Justices of the appellate court, led by Justice Morenike Ogunwumiju, equally faulted Justice Abang for “over reaching his powers”, by wrongly interpreting the Appeal Court Rules.

Ikpeazu had in his first appeal marked CS/S/390B/2016, urged the appellate court to determine whether Justice Abang was right to have proceeded with hearing and determining the suit against him, even when he was notified that the appellate court was already seized of facts of the case.

He argued that Justice Abang was wrong to have gone ahead to interpret Order 4 Rules 10 & 11 of the Court of Appeal Act, after the record of appeal had been duly transmitted to the higher court.

He maintained that the lower court ought to have suspended proceedings before it to abide by decision of the appellate court.

Meantime, in a unanimous decision, the appellate court panel faulted Justice Abang for not according due respect to judicial hierarchy, saying he refused to toe the line of laid down precedents.

According to Justice Philomena Ekpe who delivered the lead verdict: “It appears the lower court made somersault of the law. Once an appeal has been entered, there is indeed nothing to be heard or determined once the record of appeal has been transmitted.

“The lower court had no jurisdiction or business to interpret the rules of a high court when the rules are clear and unambiguous. I am in agreement with argument of learned counsel to the appellant that the trial lower court judge acted ultra-vires his powers”.

The appellate court held that Justice Abang placed the law on its head when he refused to hands-off the matter having been notified of the pendency of the appeal.

“Consequently, this appeal is meritorious, the decision of the lower court delivered on July 8 is hereby set aside, cost of N100, 000 is awarded in favour of the appellant”, the court held.

Meantime, the court is still delivering judgments in five other appeals relating to the Abia State Governorship dispute.