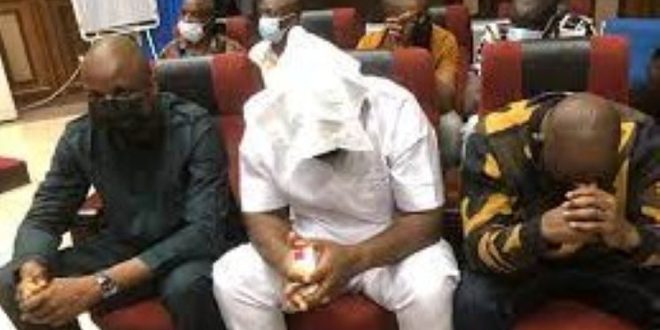 Abba Kyari and colleagues in court

Justice Emeka Nwite of the Federal High Court, Abuja on Monday adjourned the trial of Abba Kyari and six others till March 14.

Mr. Kyari is expected to remain in the custody of the National Drug Law Enforcement Agency until he reappears in court at the adjourned date for his bail hearing.

Mr. Kyari, before his suspension, was a former Deputy Commissioner of Police.

In court on Monday Mr Kyari pleaded ‘not guilty’ to the eight drug trafficking-related counts brought against him by the NDLEA.

While the other four senior police officers also pleaded ‘not guilty’, the two civilians in the trial – Chibuinna Patrick Umeibe and Emeka Alphonsus Ezenwanne – pleaded guilty to counts five, six and seven.

Shortly after the defendants entered their plea, the NDLEA, through its Director, Prosecution & Legal Services, Joseph Sunday, applied for trial date and for review of facts in respect of the defendants that pleaded ‘guilty’ to the charge.

The NDLEA equally told the court that it filed a counter-affidavit to oppose the release of Kyari and the other four former members of the Police IRT, on bail. 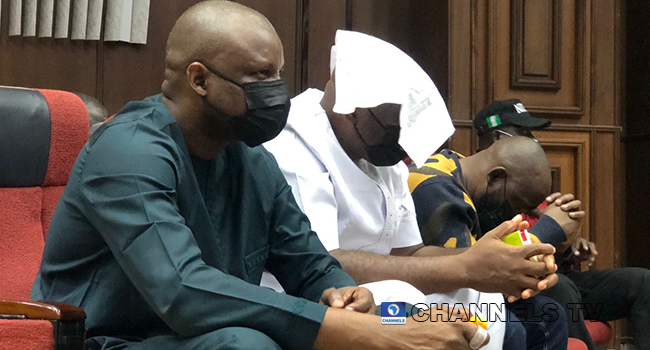 Mr Abba Kyari was arraigned in an Abuja court on March 7, 2022 over drug trafficking related offences

The defence counsel, Kanu Agabi, while arguing that the charge against the defendants contained bailable offences, urged the court not to accede to request for facts in respect of Umeibe and Ezenwanne as it will be prejudicial to his client for facts of the case to be reviewed and decision reached on it, while the trial is still subsisting.

He noted that both Umeibe and Ezenwanne were also mentioned in some counts in the charge that involved Kyari and the others.

Charles Igbinidu is a Public Relations practitioner in Lagos, Nigeria
@https://twitter.com/ionigeria
Previous Niger Gov Presides Over APC-CECPC Meeting, Says He Has Been Acting Chairman
Next We Will Not Tolerate Recruitment Of Nigerians As Mercenaries In Ukraine – FG