Home / Life and Style / A Pakistani man murdered his social media star sister in an ‘honor killing.’ Their parents pardoned him. 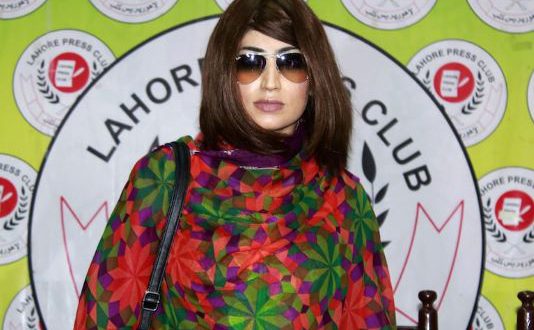 In this photograph taken on June 28, 2016, Pakistani social media celebrity Qandeel Baloch arrives for a media conference in Lahore. (STR/AFP via Getty Images)

A Pakistani man murdered his social media star sister in an ‘honor killing.’ Their parents pardoned him.

Qandeel Baloch was a megastar on Pakistan’s social media and a well-known celebrity and model before she was murdered by her brother Waseem Azeem in a so-called “honor killing” in 2016.

The case made global headlines, and Azeem was sentenced to life in prison in 2019, but on Monday a court ruled he could be released after his parents granted him forgiveness, triggering a legal pardon under Islamic law.

“The appeal court has acquitted the accused in the case on the grounds of a family settlement and lack of evidence,” Sardar Mehboob, Azeem’s attorney told The Washington Post on Tuesday.

“There is nothing left in the case. The convict will be released soon from the prison,” his attorney added, noting that the court order had yet to be made public.

Azeem was arrested in 2016 after he confessed to killing his 26-year-old sister for posting what he called “shameful” pictures on social media.

“I was determined either to kill myself or kill her,” he said at the time. “I have no regrets.”

Under Islamic law in Pakistan, sometimes called sharia law, a murder victim’s family is able to pardon a convicted killer. The siblings’ parents lobbied for his release and their mother, Anwar Bibi, welcomed the court’s decision, according to the Associated Press.

“I am happy over the acquittal of my son, but we are still sad for our daughter’s loss,” she said. “I am thankful to the court, which ordered the release of my son at our request.”

Baloch, whose real name was Fauzia Azeem and who was 26 when she was killed, first caught the public’s attention in an audition for “Pakistan Idol,” a singing competition spun off from the “American Idol” TV show. She did not win or even make it past the first audition, but her reaction to her rejection led to a viral video on Facebook. 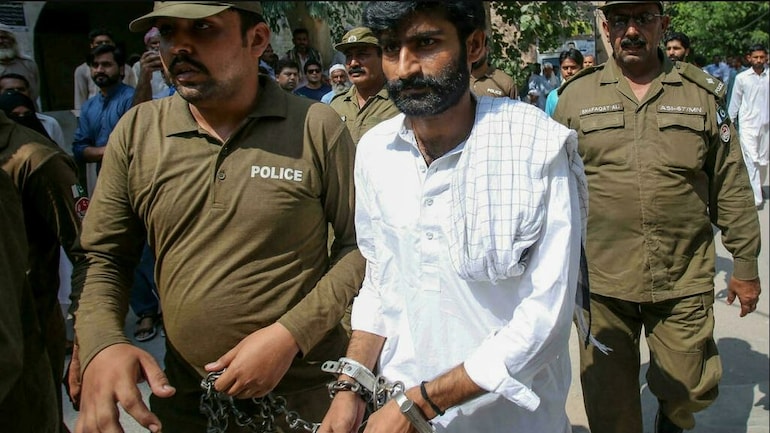 In this September 2019 photo, police officers escort handcuffed Muhammad Waseem, center, the brother of social media star Qandeel Baloch, as he leaves the court after the

She leveraged her brief moment of social media fame to attract thousands of fans to her Instagram, Facebook and Twitter accounts, where she regularly posted pictures and videos of herself, some deemed provocative in Pakistan, which led to online trolling and abuse.

“I am an inspiration to those ladies who are treated badly by society,” she once said, acknowledging the storm of vitriol her posts created in some conservative quarters. “I will keep on achieving, and I know you will keep on hating.”

Baloch’s murder at the time drew nationwide condemnation. Her bother Azeem admitted to covertly slipping her a sedative then strangling her, he said, in their family home near the city of Multan in the Punjab province of Pakistan, a country that neighbors India and Afghanistan. Azeem said his motivation was the taunting and embarrassment his sister brought upon their family.

After her death, Pakistan’s parliament passed an anti-honor killing law, which outlined harsher punishments and partially closed loopholes for some familial pardons, according to Human Rights Watch. But tougher penalties have not automatically translated into greater justice for women in the patriarchal country, the advocacy group says.

Azeem’s impending release has triggered uproar among human rights activists and on social media in the country.

“What message does this give to men & women in Pakistan? Men can kill with impunity. Women aren’t safe even in their own homes; & the law won’t protect them,” tweeted Pakistani human rights activist Usama Khilji.

“This is not the first time sentences for heinous crimes have been reduced or overturned. Why do these loopholes still exist in our judicial system whereby murderers can eventually walk free?” wrote actor Osman Khalid Butt on Twitter.
Pakistani lawyer Nighat Dad said she was “shocked and speechless,” tweeting: “This man who confessed of killing Qandeel, his own sister, is a free man today in the same country where Qandeel couldn’t live her life freely.”
Saroop Ijaz, senior counsel Asia for Human Rights Watch, told The Post on Tuesday people in Pakistan were “outraged” by the court’s decision to free Azeem.

“Many people thought that Qandeel’s killing and the attention it received would be a watershed moment in how Pakistani justice system treats “honor” killings, however it is clear that there is still a long way to go,” he said.

Ijaz said changes in law had to be mirrored by changes in social attitudes and that more needed to be done to end the killings and curb the ability of family members to influence prosecutions.

“Sadly, it is a distinct possibility that more “honor” killings would happen in Pakistan unless the authorities urgently and robustly undertake the efforts at legal, social and political reforms,” he added.

About 1,000 honor killings occur each year in Pakistan, according to the global Honor Based Violence Awareness Network, a resource center, which says the figure is likely an underestimate. The women are usually murdered by close relatives for violating conservative norms on love and marriage.

Charles Igbinidu is a Public Relations practitioner in Lagos, Nigeria
@https://twitter.com/ionigeria
Previous Prince Andrew settles with U.S. woman who says she was trafficked to him by Jeffrey Epstein
Next Donald Trump son-in-law Jared Kusher nominated for the Nobel Prize