9-Yr-Old Dies After Being Bitten By A Cobra ( Photos)

A nine-year-old girl was sadly found dead in her bed after she was reportedly bitten overnight by a cobra as she slept in Thailand.

The little girl identified as Prapawee Prawat went to sleep on a mattress laid out on the concrete floor of her family home in Surat Thani, at 7.30pm on Tuesday night.

Daily Mail reported that her lifeless body was found lying near the deadly two-metre snake by her grandparents on Wednesday morning.

Her grandmother and great-grandmother told police they found a cobra in her bed under the blanket. It was later killed by their neighbours.

Pol Maj Thankorn Meenim of Chaiya Buri police station said when he examined the girl he saw what seemed to be a snake bite on her right forefinger. She appeared to have been dead for at least eight hours, he said.

The report also added that the black reptile was killed before Prapawee was taken to hospital for a post-mortem examination to confirm her cause of death.

In a statement by Major General Natakorn Meenim from the Chaiburi district police station, he said: ‘Police were notified at 7.40am that a young girl had died in the house without knowing the cause.

‘Officers were dispatched to investigate along with the Faith Rescue Foundation.

‘There were no signs of the girl being abused but on her right index finger was a bite mark.

‘The cobra of a length of more than two metres was found curled under the mattress.

‘She was taken to Chaiburi hospital but it is assumed that she died from being bitten by the cobra.’ 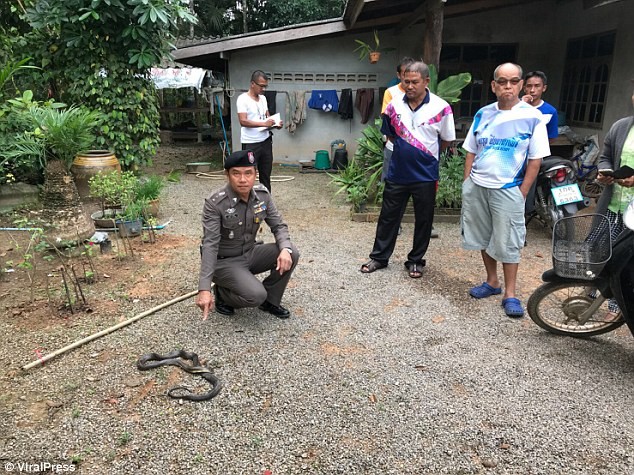 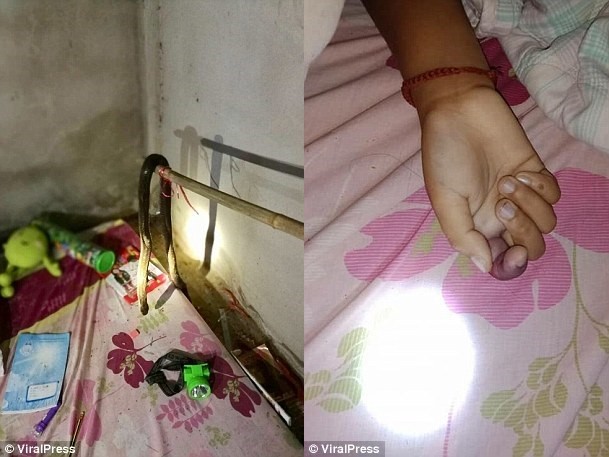 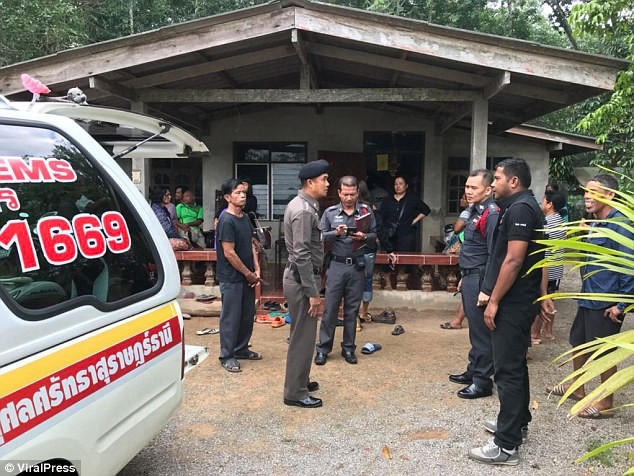 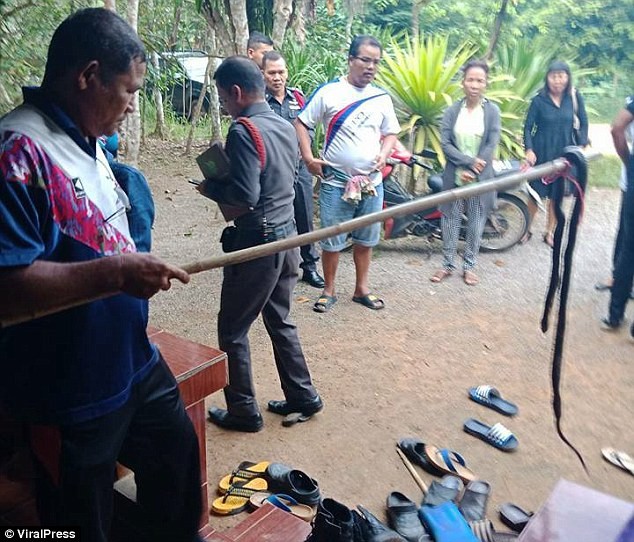 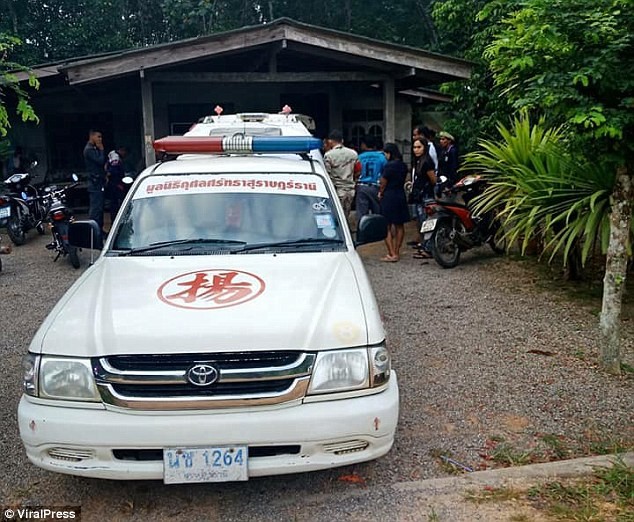 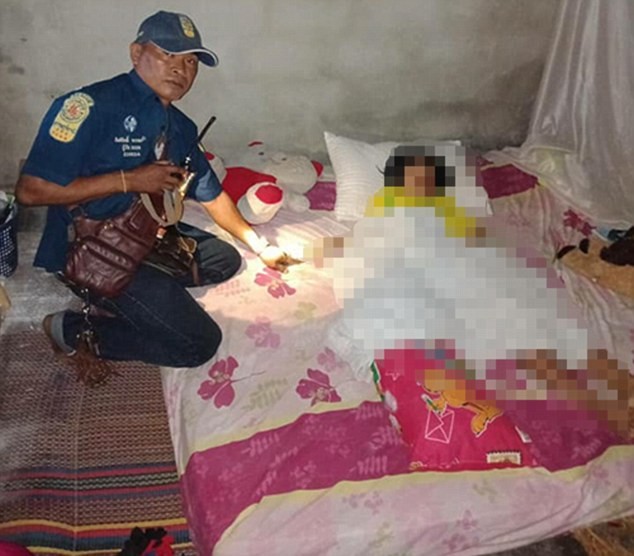