Home / News / International News / 9 years after, Singapore Court of Appeal clears Nigerian of drug trafficking in rare reversal of its own decision 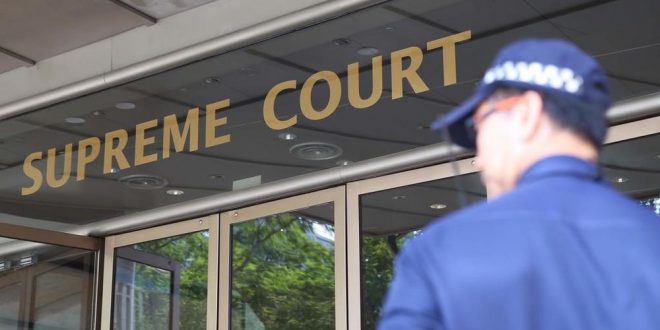 SINGAPORE –  A 34-year-old Nigerian man has been acquitted of a capital drug trafficking charge after the Court of Appeal reversed its 2015 decision to convict him.

Following a 4-1 split decision, a five-judge panel ruled on Thursday (Sept 17) that its past judgment could no longer stand after new evidence surfaced that Ilechukwu Uchechukwu Chukwudi was suffering from post-traumatic stress symptoms (PTSS) when he lied to narcotics officers in 2011.

The final verdict brings to a close a rare legal case that has seen many twists and turns in the past nine years.

Ilechukwu Uchechukwu Chukwudi is now a free man after being held in remand since his arrest in late 2011.

On November 13, 2011, Ilechukwu flew from Lagos, Nigeria to Singapore after collecting a black luggage at the Nigerian airport. He found only clothes in it and the luggage passed several immigrations checks in both countries without problems.

He handed the bag to a Singaporean stall assistant named Hamidah Awang at a Clarke Quay bus stop.

Hamidah’s car was then searched at Woodlands Checkpoint and drugs were discovered in the luggage.

The High Court judge accepted that Ilechukwu had come to Singapore on business and did not know the luggage contained drugs.

The prosecution appealed against the acquittal and in June 2015, the Court of Appeal convicted Ilechukwu, finding that he had made “numerous lies and omissions” in his statements to the CNB that could not be explained.

The apex court then sent the case back to Justice Lee to determine if Ilechukwu should be given life imprisonment or the death penalty.

However, in 2017, his lawyers successfully persuaded the same panel of apex court judges to review the conviction due to a “unique turn of events”.

It was the first time in legal history where the Court of Appeal agreed that there could be enough new material to say that its previous decision was wrong.

An Institute of Mental Health (IMH) psychiatrist from the prosecution’s side had diagnosed Ilechukwu as suffering from post-traumatic stress disorder (PTSD) which arose as a result of childhood trauma.

He had witnessed a massacre in his Nigerian hometown and was nearly killed.

The psychiatrist, Dr Jaydip Sarkar, found Ilechukwu’s PTSD symptoms were triggered after CNB officers told him that he faced the death penalty.

Dr Sarkar also opined that Ilechukwu could have then lied to save his life.

Again, the Court of Appeal sent the case back to Justice Lee to hear new expert evidence on Ilechuwu’s mental state when he gave statements to the CNB in 2011.

Last year, the High Court judge found that Ilechukwu did previously suffer from PTSD and had experienced some post-traumatic stress symptoms when giving his statements.

Yesterday, the four apex court judges who acquitted Ilechukwu found that there was now a “plausible innocent explanation” for Ilechukwu’s lies and omissions.

His motive could no longer only be attributed to his guilty mind, they added.

The judges agreed that he suffered from post-traumatic stress symptoms in 2011, accepting three psychiatric experts’ evidence that his mental conditions “may have led him to grossly overestimate the threat on his life”.

“This may in turn have prompted him to utter the unsophisticated and blatant falsehoods in his statements in an attempt to escape from the death penalty and to save his life In the circumstances, it is unsafe to draw any adverse inference against him from his lies and omissions.”

Ilechukwu, who had maintained that an acquaintance asked him to pass the luggage to Hamidah, likely did not know there were drugs in it too, the judges ruled.

“The picture that emerges from the evidence is that he had grossly misjudged (his childhood friend and acquaintance), and naively believed that he was doing a simple favour in return for promised business contacts.

“Unwittingly, he had been deceived into transporting drugs on their behalf to (their) contact in Singapore,” the judges added.

Meanwhile, Judge of Appeal Tay Yong Kwang, the sole dissenting voice, said that Ilechukwu’s psychiatric disorders “would not have provided even a remotely satisfactory answer” to his lies and omissions.

The lies pointed “clearly and cogently” to his guilty mind, the judge added.

He also questioned why Ilechukwu did not tell the truth after about a week of persistently lying to the CNB and waited more than two years to do so in the initial High Court trial.