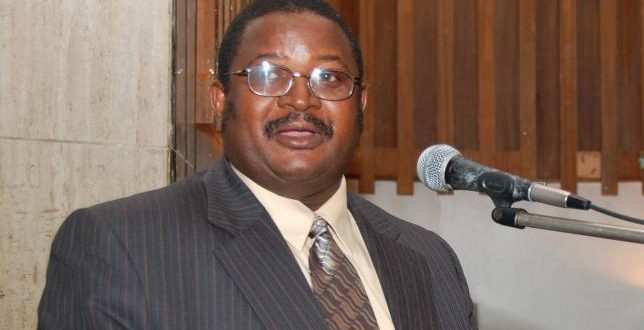 Mr Ibrahim Magu, Acting Chairman of Economic and Financial Crimes Commission (EFCC), on Thursday told a committee of the House of Representatives that $9.2 million and 750,000 pounds were recovered from a residence in Kaduna state.

Although he did not indicate precisely when the raid by EFCC operatives was carried out,it has however been learnt that the foreign money was recovered in the home of Andrew Yakubu, a former Group Managing Director of the Nigerian National Petroleum Corporation.

The huge money, which is in excess of N3 billion by official exchange rate, was the largest ever recovered by the agency in recent weeks.

Magu also disclosed to the House of Representatives Committee on Financial Crimes that N1.25 billion was recovered from a public servant, all in the last two weeks.

Yakubu, who served as GMD between 2012 and 2014 is already facing trial for money laundering.

Magu was at the House of Representatives to present an appraisal of the Commission’s 2016 budget performance and also defend 2017 budget.

“Out of the 37 accounts frozen/forfeited, six banks are yet to provide relevant information on the amount accrued into the suspected accounts within the period under review,’’ he said.

The document revealed that the commission secured 135 convictions, out of which 46 were from Lagos zone, 30 from Abuja zone, 22 from Port Harcourt zone, 19 from Kano zone, 15 from Enugu zone and three from Gombe zone during the period.

Magu acknowledged the support of the committee towards fast-tracking completing of EFCC headquarters in Abuja.

He disclosed that the Federal Ministry of Finance had listed the payment of N1.8 billion out of N2.9 billion meant for completion of the headquarters.

He, however, added that the commission had resuscitated its offices in Kaduna, Ibadan, Benin and Maiduguri as part of efforts to boost its operations across the country.

Magu urged the legislature to support the fight against graft, saying “corruption is fighting back”.

On recruitment, he said that the commission only recruited 331 cadets on equal quota basis across the country except Lagos, Ekiti, Bayelsa and Rivers with lower numbers.

In a breakdown of the 2016 budget of the commission, Magu told the committee that total budgetary approval was N18.89 billion, but that N14.74 billion representing 78.04 per cent was released.

He explained that N7.62 billion was for personnel cost, overhead was N2.75 billion while capital expenditure was N8.49 billion for the year.

Magu added that 91.1 per cent component of the released funds had so far been utilised.

Earlier, Chairman of the committee, Rep. Kayode Oladele, said that Nigeria had applied to join the league of members of Financial Action Task Force (FATF), an international anti-corruption agency.

He said that the move was part of efforts to strengthen ongoing anti-corruption crusade in the country.

Oladele, who lauded the development, expressed optimism that Nigeria would be admitted as “Observer Member’’ by the end of the year and would become full-time member in the nearest future.