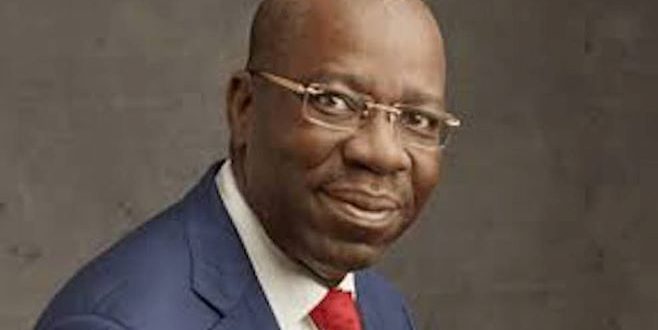 A total of 818 nominees have been screened by a committee Governor Godwin Obaseki of Edo State set up to scrutinise those who will make up his cabinet.

Obaseki has been running the state without a cabinet since he was sworn in for another term in November.

On Friday, the 15-man screening committee he inaugurated for screening potential cabinet members submitted names to him in Benin City, the state capital.

Obaseki thanked the committee for doing a great job within the stipulated time of three weeks given to them.

According to him, the political elite in Edo have a sense of preservation, knowing where the state should be rather than where they will be.

“We must have a clear demarcation between political roles and technical roles in government.”

“The purpose of political appointment in government and the role of the civil servants are different and should not be mixed.

“Political office holders set the agenda following the mandate given to them by the electorate.

“They come into office to give the directions while the civil servants do their work, as they work together in harmony to develop the state,’’ he said.

Obaseki urged the people of the state to have the interest of the people at heart, participate in their communities activities and support the administration’s agenda to develop the state.

“Appointees must deliver on their responsibility and duties as they will be evaluated based on their performance.

“Our party is working to ensure that we carry everybody along. We must win the heart of our people by fufiling our electioneering promises and ensure that our party continues to serve Edo people,’’ he said.

Agbonlahor said that the committee did a good job as all the political appointees were properly examined, screened and their performances scored accordingly.

Charles Igbinidu is a Public Relations practitioner in Lagos, Nigeria
@https://twitter.com/ionigeria
Previous Tokyo Olympics: Japanese superfan who spent £30,000 on tickets ‘heartbroken’ at ban on spectators
Next Aide explains why Senator Manager knelt before Ibori says it is a sign of respect in Urhobo culture