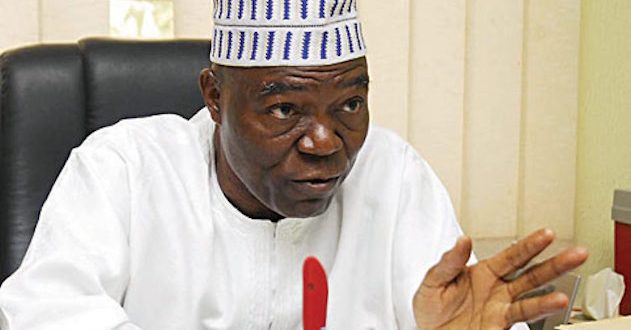 Senator Jeremiah Useni, 75 years old, has emerged the governorship candidate of the People’s Democratic Party (PDP) in Plateau in the 2019 general elections.

Useni will face incumbent governor Simon Bako Lalong, 20 years his junior. Lalong belongs to the All Progressives Congress, APC. He also bagged the second term ticket of his party, unopposed on Sunday.  Lalong, who is from Shendam LGA was born on 5 May 1963.

Useni polled 1018 votes to defeat 12 other candidates at the party’s primaries. His closest rival Johnbull Shekarau got 340 votes.

In all, 2,097 delegates from the seventeen local government areas voted at the primaries.

Useni a serving senator representing Plateau south senatorial zone in the Senate was once the minister of the Federal Capital Territory, Abuja and a former minister of transport. He was also between 1984 and 1985, the military governor of the old Bendel state, now made up of Edo and Delta state.

He was also a very close ally of former military head of state, General Sani Abacha.

He was born 16 February 1943 in Langtang and joined the army after his early education. He rose to the post of Lt. General before retiring in 1999.

Prior to the commencement of voting, Senator Victor Lar, on behalf of the aspirants promised to support whoever emerges as the winner in Plateau state.