Home / Business / Local Business / 6700 Nigeria billionaires in trouble for tax defaults, FIRS to go after them 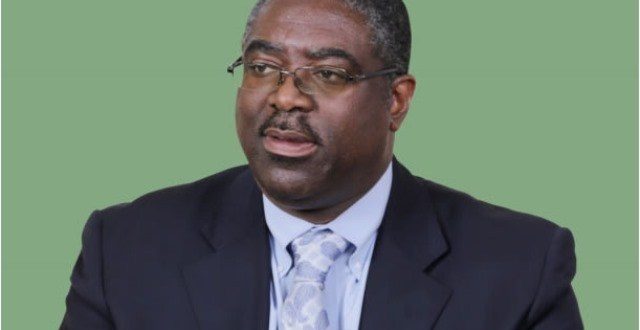 6700 Nigeria billionaires in trouble for tax defaults, FIRS to go after them

The Federal Inland Revenue Service (FIRS) has identified more than 6,772 billionaires’ tax defaulters whose bank accounts have been screened.

The tax agency would soon go after the bank accounts of defaulting taxpayers who are raking in billions in Nigeria and are not paying taxes.

Mr. Tunde Fowler, FIRS Chairman, said on Sunday in Lagos that all banks in the country would do substitution on accounts for such identified taxpayers.

“There are over 6,772 of such defaulting billionaire taxpayers that have been identified by the FIRS, leveraging on banks data,” Fowler said.

He noted that most of such taxpayers, who have between N1 billion and N5 billion in their accounts have no Taxpayer Identification Number, TIN, or have TIN and have not filed any tax returns as taxpayers.

“What we have done is what we call ‘’substitution‘’ which also is in our laws which empowers us to appoint the banks as collection agents for tax.

” So, all these ones of TIN and no pay and no TIN and no pay, to the total of 6772 will have their accounts frozen or put under substitution pending when they come forward.

” So, we are putting them under notice that it is their civic responsibility to pay tax and to file returns on these accounts,” Fowler said.

He explained that all businesses, partnerships, corporate accounts that have a minimum turnover of N1 billion per annum for the past three years were considered.

He said that the law stipulated that before you open a corporate account, part of the opening documentation is the tax I.D.

“So, on a minimum, every company or business included here over the last three years have had a banking turnover of N3 billion and above.

Some of them have had banking turnover of over N5 billion and have not paid one kobo in taxes. Now the total number of TIN and no pay is 6772.” Fowler said.

He noted that FIRS is also paying closer attention to Audit.

”We got to a position where we found out that majority of the major organizations that were allowed to do self-assessment, do not truthfully declare or pay the taxes that were due.

”To date we have raised assessment of over N805 billion from 1324 national audits, out of which 499 (taxpayers) have N219 billion.

“N219 billion can do a lot of things. It can provide certainly a lot more infrastructure, healthcare and educational facilities.

”These monies that are supposed to go into the Federation Account are shared between Federal, Local and State governments.

”So, every state can get an additional 1 billion from such monies, hopefully if you vote right, that governor, that governor would deploy it to the right place,” Fowler said.

The tax chief warned his staff to be honest in dealing with tax payers.

He did not spare the FIRS either, even though it had made over N1 trillion over its 2017 collection between January to August by N1 trillion.

”But the main point I want to make is that majority of taxpayers that accounted for this revenue have not changed.

If the same consultants advised or reviewed the accounts of the majority of the taxpayers, one would wonder why such large increases occurred.

”Either way, it is not good for to the wellbeing of our nation, Nigeria,” Fowler said.

He noted the perfidy of businesses who collect VAT and not remitting to government coffers.

“We have found out that a number of businesses , collect VAT that do not remit to government,

” So we are going back to the old school way were VAT certificate would be given to all tax payers and we expect them to display it in their places of business.

”We also found out the number of businesses were not even registered tax payers and were collecting VAT. Without having a tax, I.D.

”As an agent or a collector of VAT, there is no way you can remit that VAT to government. So, in short, they were collecting and adding it to their income and spending it,” Fowler said.

The FIRS Chairman noted that taxpayers can now enjoy the flexibility of choosing their tax offices and paying online.

“Prior to now, at times your tax office can be an hour away from your office, taxpayers can now choose where their files reside .

”You can pay anywhere in the world: London, Dubai, New York, pay your taxes online and download your receipt immediately,” he said.

Citing the example of taxes FIRS is levying on corporates which have property, but are now being assessed on the value of their property’s turnover, Fowler clarified on why such property owners were being assessed for tax.

“First of all, banking turnover does not mean that is the turnover of your business it simply means the money that has gone in and out of your account.

”But what the tax law says is that’’ if you do not file your returns and you are in constant default we use turnover as a basis of estimating your tax liability.

” The Presidency will decide what would happen to those properties that have no owners. To those that have owners and have not paid they would be prosecuted.

”We are also in the process of going to court to get the approval of the court orders to sell those properties.

” We are not only doing that in Abuja, we have also concluded in Lagos. We are currently doing it in Osun, Oyo, Kaduna and eventually we would cover the whole federation.

“The idea here is simple if you have had the opportunity to make your wealth in this economy, in this society, the least you can do is pay your tax.

“We have not included any group who by law are not meant to pay tax in this group.

”So far, we have sent out 2980 letters and we believe that before the end of September we would get most of them out,” he said 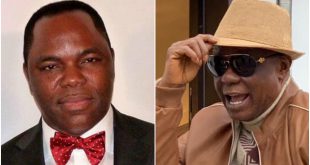