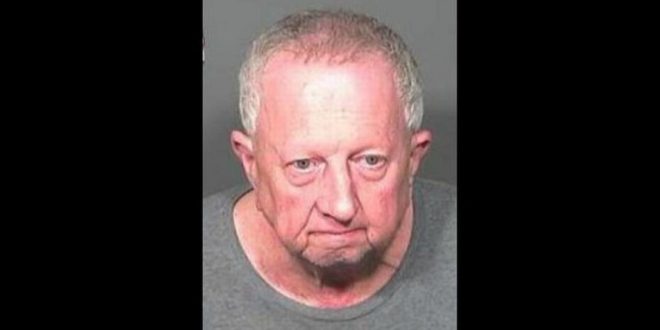 A 67-year-old American advance fee fraudster Michael Neu posing as a Nigerian prince has been arrested by the police in Louisiana.

He was said to have duped hundreds of people across America using emails.

Police in Slidell, Louisiana, say they finally caught up with one of the people behind some of those emails. He’s not exactly Nigerian royalty, either, police wrote in a Facebook post.

According to The Sacramento Bee anyone with an email address has likely gotten a message from the so-called Nigerian prince or two offering hundreds of thousands, if not millions, of dollars in secret inheritances or, in some cases, payment for assistance laundering ill-gotten gains from mining conglomerates or royal treasuries.

In these scams, the supposed Nigerian prince (or other official) asks for the person’s personal banking information in order to speed the transfer of the purported inheritance or temporarily hold the allegedly pilfered funds. The information can then be used to withdraw funds from the victim’s accounts.

While Neu might lack a royal title, at least some of the money obtained in his scams did go to co-conspirators in Nigeria, police wrote. Investigators are continuing to untangle Neu’s web of scams, but many other leads also connect to people outside the U.S., the post says.

Police noted that while these kinds of emails are laughable to many people, authorities report millions of dollars in losses to such scams each year.

“If it sounds too good to be true, it probably is,” said Police Chief Randy Fandal in the Facebook post. “Never give out personal information over the phone, through e-mail, cash checks for other individuals, or wire large amounts of money to someone you don’t know. 99.9 percent of the time, it’s a scam.”

Law enforcement agencies across the nation also are warning people of calls from scammers purporting to be police or court officials demanding payment via phone of bogus fines or warrants. Another version involves scammers claiming to be jailed relatives pleading for bail money, often targeting older people.