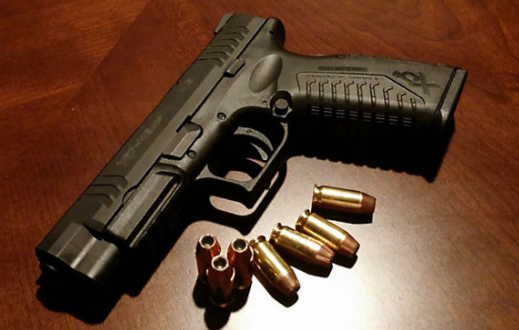 A 6-year-old boy accidentally shot and killed himself inside his family’s northwest Houston apartment.

According to investigators, the boy apparently found an unsecured 9 mm pistol inside a bedroom. “It appears the 6-year-old got up and went into a room and found a firearm and discharged it,” said HPD Homicide Sgt. Anthony Turner.

The child’s mother was not at home at the time, but her 18-year-old daughter was looking after the children. The boy was taken to a hospital where he was pronounced dead.

His sister told police that she had the gun because of crime in the area.  “She said there had been burglaries and she had the gun for protection. We’re still in the early stages of the investigation about where the gun was located but it appears it was accessible to the child” Turner said.

Just a week earlier,  a 4-year-old Texas City boy was killed when he found a loaded handgun at his family’s home. Police also say that should be a tragic reminder that weapons should be locked in safes and out of children’s reach.

Previous Nollywood Actress Nora Nkiruka Ugo Has Died
Next Fulani Herdsmen: Why We’re Yet To Send Soldiers To Benue, Taraba, Others – DHQ