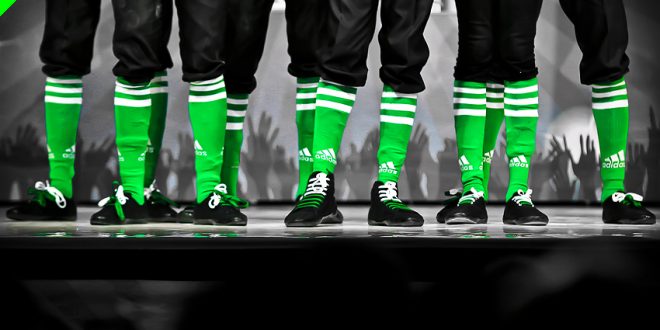 6 things most Nigerians do on Independence Celebration day

The 1st of October is much more than flags and partying, it’s about Nigeria severing ties with the British and declaring independence. No doubt the day is special for every Nigerian, be it a child or an octogenarian. It is the day of patriotism and one cannot help but be nostalgic of this very day every year.

Most Nigerians even celebrate Independence Day for a span of around four to five days as they engage in several cultural activities and community gatherings to make it memorable. This year with the holiday falling on a Saturday, the government has declared next Monday a public holiday, making the weekend even longer.

Wondering what Nigerians will be doing with all the time? Here are six things most Nigerians do to celebrate Independence Day!

Have you ever noticed how a few days to October 1st, you find hawkers selling Nigerian flags as well as other items with green, white and green  all around town, especially in Abuja? From the tiny fluttering flags flanking both sides of an automobile or Keke to the huge ones billowing in the wind atop large buildings, you see Nigerian flags hoisted and flapping everywhere, even in places you won’t expect to see them at. Basically, when it comes to hanging the Nigerian flag on Independence Day, Nigerians tend to go a little overboard.

The Independence Day celebrations can become a “fancy” affair in some locations around the country. A lot of people organize, participate as well as gather to watch processions and parades which usually include elaborate dressing in green and white costumes, Role plays, skits, musicals and a lot of performances. Keep in mind these may not be fancy parades like you see abroad or on foreign TV.

Go For Parties And Shows

Since it is a paid national holiday for most Nigerians, a full day of people partying and going for shows with friends istypical of Independence Day celebrations. Basically, every organization, company or business hosts some kind of party or event and a number of them are free. The ones which require a fee are usually affordable too.

Nigerians never fail to seize opportunities to throw knock-outs and crack fireworks and they usually make a big deal of it during Independence Day. In some places, people get together to enjoy some fireworks while in other places they just throw it randomly into the street. You may want to be vigilant when moving around to be just you don’t become a victim of the fire play.

New historical films are either released or old ones make a comeback during Independence Day as a way of revving up national pride and patriotism as well as honoring of Nigeria’s independence. There was a major explosion in 2014 with movies like October 1st, A place in the stars and Half of a Yellow sun. What better way to celebrate Independence Day holiday with your friends and family, than a good movie and some home-made snacks at any of the cinemas in your town?

Another thing most Nigerians do on independence day is stay indoors  and  sleep all day or spend their entire time online either stalking people on Social Media or engaging in other online activities such as gaming e.t.c. With the economic situation right now, a number of people have been on extra hustle and they do not take the `holiday to sleep and unwind anymore, they stay on the hustle. Basically, there certainly may not be a larger number of people sleeping in this year, especially in Lagos.