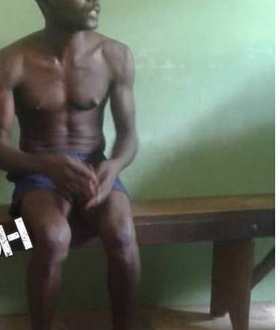 A 35-year-old man has been arrested for allegedly defiling a 5-year-old girl named Rukaya in Makurdi, Benue state capital.

According to reports, the alleged rapist was caught in the act while raping the young orphan. It was gathered that the little girl was rushed to the hospital and is receiving treatment after “being damaged” by the suspect identified as Haruna Shauibu. 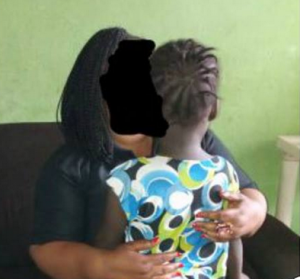 The suspect was arrested by the police with the help of the International Federation of Women Lawyers, (FIDA), and has been charged to court for the alleged crime.

This latest rape case is coming as Benue residents are still lamenting the death of 13-year-old Elizabeth Ochanya Ogbaje who was raped by her uncle and his son in Benue state.

Before her death few days ago, Ochanya had battled Vesicovaginal fistula (VVF) and other health complications at the Benue State University Teaching Hospital, Makurdi after being allegedly severely abused by one Andrew Ogbuja, Head of Department, Catering and Hotel Management at the Benue State Polytechnic, Ugbokolo, Benue State, and his son, Victor Inalegwu Ogbuja, a final year student of Animal Production at the Federal University of Agriculture, Makurdi.

The duo consistently molested little Ochanya, a student of Federal Government Girls’ College, Gboko since she was 9 to age 13.