Home / News / Local News / 32 SARS Operatives In Detention In Abuja, With Most Of Them From Lagos 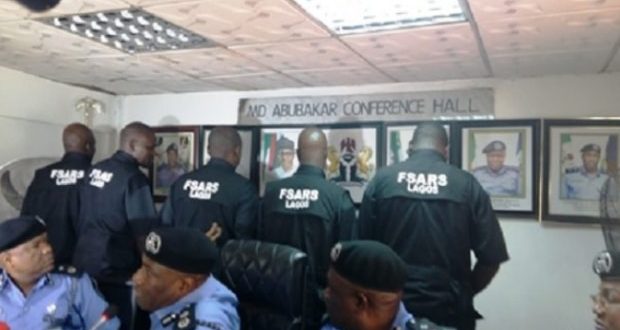 32 SARS Operatives In Detention In Abuja, With Most Of Them From Lagos

At least 32 operatives of the special anti-robbery squad (SARS) are currently in detention.
According to the report, that the arrested officers were moved to Abuja from different state commands during the weekend. “The suspects, who are all male, are now being held at various detention cells of the Federal SARS at Guzape District Abuja,” a source said.

Ibrahim Idris, inspector-general of police, who reportedly ordered their arrests, is said to have assembled a team of top police investigators to look into their cases. TheCable learnt that they are being investigated for cases ranging from extortion, robbery, rape, among others.

The commands where the suspects were serving have been directed to report to Abuja with proofs and exhibits needed in the course of investigation. The source said Lagos command has the highest number of suspects, next to the federal capital territory (FCT).

“Their immediate orderly room trial and punitive measures will also become part of the ongoing moves to stem the tide of alleged impunity being campaigned against the police institution,” the source said.

“At a recent meeting with the police management team, the IGP decided to apply prompt punishment for any SARS officer found wanting, here in Abuja instead of their commands where such cases are not properly handled.

Jimoh Moshood, force public relations officer, confirmed the arrests but did not disclose the number of operatives in detention. “I am aware of their investigation but I don’t know the number of people involved,” he said