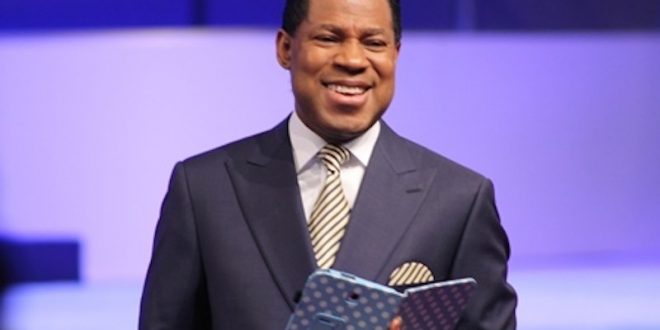 More than 30,000 believers will gather on the 31st of December in Orlando Stadium in Johannesburg, South Africa for a massive free celebration, led by Pastor Chris Oyakhilome.

Unite with believers from all over the world for a night intended to give Christians time to reflect on the past year and allowing them to dedicate themselves to God for the upcoming year. The event which turned into an annual tradition will be hosted by Pastor Chris and Christ Embassy on December 31st in Orlando Stadium in Johannesburg, South Africa. The arena is ready to accommodate over 36,000 worshipers.

The dusk-till-dawn event won’t be just available to those in attendance. The December 31st service will also be broadcasted live over radio and the Internet and LoveWorldTV – the world’s first 24-hour Christian satellite television network.

The New Year’s Eve Ceremony is expected to be a night of worship, prayer, singing and dancing. Moreover, an important aspect of the event would be the distribution of the Future African Leaders Awards (FALA), which also have turned into a tradition, sponsored by Pastor Chris Oyakhilome. The FALA Project is designed to honor and encourage outstanding young citizens of Africa who through various activities managed to make the continent a better place. 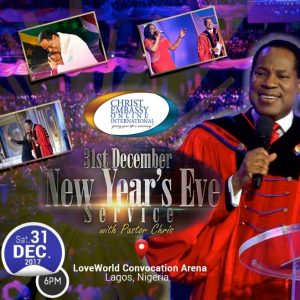 Notable young African leaders will get awarded with scholarships. Selected winners from previous years achieved many great things for the continent of Africa, including speaking in front of a panel of U.N. and international leaders. One of the winners – Rose Salaka managed to have several thousand tons of food donated to impoverished citizens of the nation of Malawi. Other winners have gone on to speak out about women’s rights, organized many fund-raising concerts, youth empowerment programs and various other impressive activities. The FALA has been in existence since 2014 and have paved the ways of many young African leaders with ideas and visions for the future of the continent. For these reasons, the FALA has been respected as the centerpiece of Pastor Chris Oyakhilome’s New Year’s Eve event.

Christ Embassy is a community that comprises of worldwide network of churches that combine a vast and diverse congregation from all walks of life. The vision of Christ Embassy is to bring the Divine Presence to each person and nation of the world. The members of the embassy have a strong desire and passion to achieve the goal of bringing people together, under the common knowledge of the Divine character made possible in Jesus Christ.