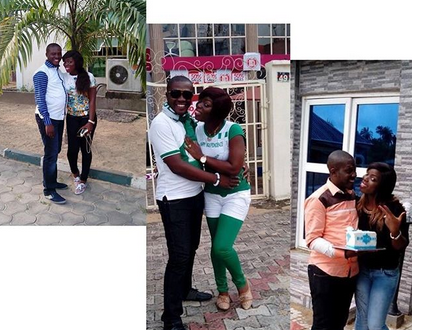 30-Year-Old Woman Sentenced To Death By Hanging In Bayelsa

Justice Nayai Aganaba, Bayels State High Court, on Tuesday, sentenced to death by hanging of 30-year-old Victoria Gagariga for the killing of her husband, Henry Gagariga, on February 4, 2015 at the residence along Ebisam Road in Akenfa, Yenagoa, Bayelsa State.
The deceased, a lawyer, and Victoria, a staff of the Bayelsa Arts and Culture, had been cohabiting for years before they decided to legalise their union in 2014.
Victoria was said to have stabbed Henry on the neck on the faithful day after a misunderstanding .

Justice Aganaba pointed out that the circumstantial evidence against the accused was overwhelming, and that all facts confirmed that she was the only person with the deceased at the time of death and the only person to have the opportunity to have killed him.

According to him, Victoria committed a murder of passion which was a result of jealously as the couple were obsessed with each other. He said:, “It is unfortunate that I can only pronounce the sentence prescribe by law.

I wish I had the discretion to do otherwise. However that discretion rests with the Executive Governor of Bayelsa state. I am only left with the compulsion to pronounce the sentence prescribed by law.

I hope that person the discretion would look at the circumstance of this case and do the needful. I hereby pronounce my sentence. My sentence upon you is that you shall hang on the neck until you die. May the Lord have mercy on your soul.”