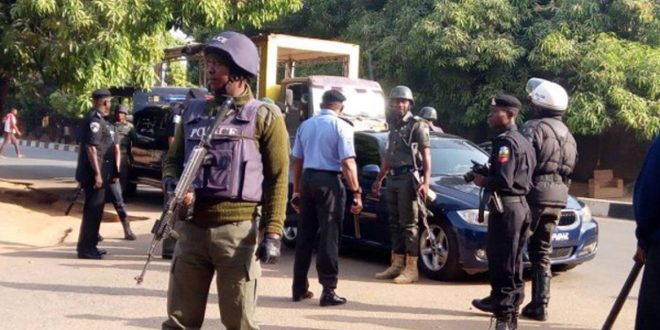 Akabe was on his way to Abuja on an official engagement when the convoy ran into the robbers who were operating few kilometres away from Akwanga at about 6pm.

Samaila however did not give details, saying the commissioner of Police, Bola Longe had led a team of officers to the scene to assess the situation.

“As I speak with you now, the Commissioner of Police, the Deputy Commissioner Operations and other high ranking officers of the command have gone to the scene of the incident,” Samaila said.

Meanwhile, one of those in the convoy, said the armed robbers opened fire on the convoy before fleeing.

According to him, three policemen and a driver were shot and killed by the armed robbers and their corpses have been deposited at the Dalhatu Araf Specialist Hospital Lafia.

The deputy governor who was unhurt but looking shaky, was at the hospital but did not speak to journalists on the incident.

Charles Igbinidu is a Public Relations practitioner in Lagos, Nigeria
@https://twitter.com/ionigeria
Previous Manchester City Brings Fan Experience to Lagos as part of its global trophy tour
Next UK Prime Minister’s Girlfriend ‘barred from US’ and there’s nothing Boris Johnson can do about it