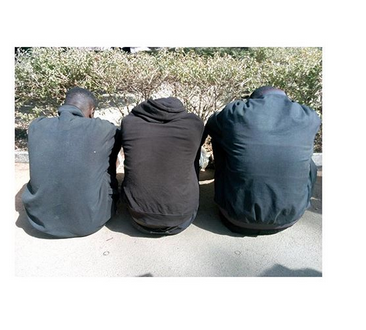 The Plateau State police command has three men for gangraping a 14-year-old girl in Angwan Rogo.


The suspects were identified as Suleiman Usman, 18, Umar Aliyu, 18 and Usman Bala, 20. They are said to have lured and drugged the teenager before gangraping her on the afternoon of January 23.

A fourth man Kenza, in whose room the men raped the girl, is yet to be arrested. All arrested men have confessed to the allegation.

Commissioner of Police, Undie Adie, said: “They lured the girl into a house at the aforementioned address and drugged her. When she became unconscious and out of her senses, she was raped by the suspects.”