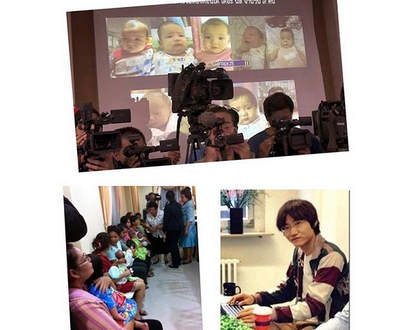 A Bangkok court has awarded paternity rights to a Japanese man over 13 babies he fathered through Thai surrogate mothers.
Ruling allows Mitsutoki Shigeta, 28, to pursue custody of the children. The son of a wealthy entrepreneur, he caused controversy in 2014 when he was revealed to have fathered at least 16 babies via surrogates in Thailand.

His so-called “baby factory” case and others led to Thailand banning commercial surrogacy for foreigners. Shigeta was awarded “sole parent” rights after the Thai surrogates forfeited their rights, according to the court, which did not name him.

“For the happiness and opportunities which the 13 children will receive from their biological father, who does not have a history of bad behaviour, the court rules that all 13 born from surrogacy to be legal children of the plaintiff,” Bangkok’s Central Juvenile Court said in a statement.

Mr Shigeta was awarded custody of his three other children in 2015. In 2014, he was investigated by Interpol for human trafficking after it emerged he had fathered 16 surrogate children in Thailand.

His Bangkok apartment was raided and police found nine surrogate babies, nannies and a pregnant surrogate mother there. He left Thailand soon after, but later sued the Ministry of Social Development and Human Security for custody of the children.

His lawyer insisted he simply wanted a very large family, and that as the son of a wealthy Japanese entrepreneur he was able to look after them properly. A court in Bangkok has now accepted that explanation:

Thai officials told the court they had travelled to Cambodia and Japan, and found he had enough carers and facilities to bring up the 13 children who are still in state care in Thailand.

He is the son of an IT billionaire and paid between $9,300 and $12,500 to each of the surrogate mothers. Shigeta is unmarried, owns several companies himself and has already made plans for the future of his children, including setting up trust funds for them.

Previous Garbage Hill Collapses, Kills 17 In Mozambique
Next Grandma Said We Gave Her HIV, Flogged Us With Hot Machete – 3 Orphans