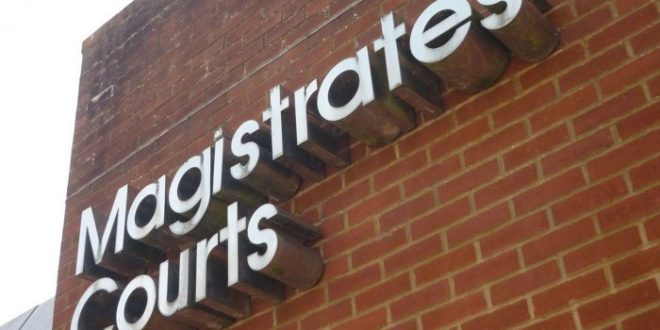 A 27-year-old man, Ejiro Tega, is to spend the next 14 months in the Kirikiri Correctional Centre for stealing phones from prostitutes, an Ikeja Magistrates’ Court held on Tuesday.

Magistrate Elizabeth Adeola imposed the sentence following Tega’s guilty plea to a two-count charge of stealing and breach of the peace.

She sentenced him to 14 months imprisonment on the two counts but ordered that the sentence should run concurrently.

The magistrate, who did not give Tega an option of fine, held that he should serve the jail term with hard labour.

Nomayo told the court that the convict committed the offences on Sept. 7 at 9.00 p.m. at Humble Heritage Hotel, Mafoluku, Oshodi, Lagos.

He submitted that the defendant lured the said women to the hotel on the pretext of having a good time with them but stole their phones.

“The defendant took the prostitutes to the hotel on the pretext of having a nice time with them.

“He booked the hotel for them and told them to go and refresh at the hotel’s sit-out.

“He went back to the hotel room and stole their phones,” the prosecutor submitted.

He added that Tega conducted himself in a manner likely to cause breach of the peace.

The News Agency of Nigeria reports that the offences violate Sections 168 and 287 of the Criminal Laws of Lagos State, 2015. (NAN)