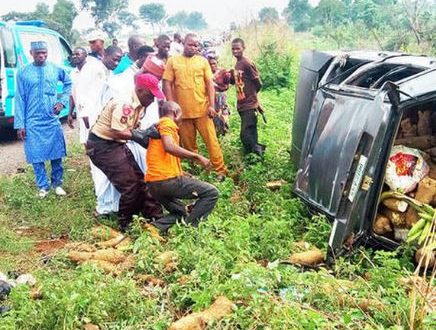 The Niger Command of the Federal Road Safety Commission (FRSC), says 25 people were killed in 10 road crashes in different parts of the state during the Eid-el-Kabir celebration.

Joel Dagwa, the FRSC Sector Commander in Niger, stated this on Wednesday, August 14th in Minna adding that 123 people were involved in the road crashes, which involved 12 vehicles, two motorcycles and two tricycles in different parts of the state.

He added that 47 people sustained varying degrees of injuries in the incidences. He said a DAF Truck, with registration number JEG 636 XA, loaded with flour from Ibadan and with 40 people on board, ‘Jack-knifed’, killing 17 people and injuring seven others. The accident occurred along Kontagora-Yauri Road, 1.5 kilometres from Makir village in Nasco Local Government Area of the state.