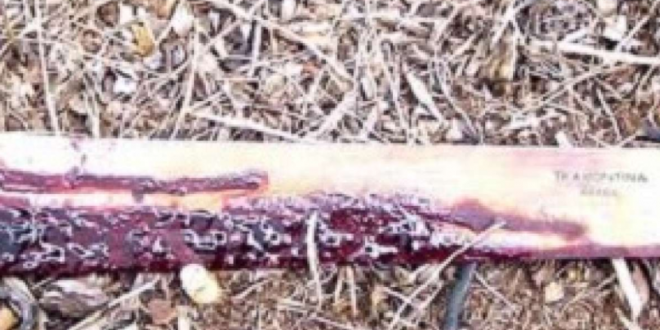 A 24-year-old man, Christian Musendiku, who allegedly killed his 80-year-old grandmother, was on Monday arraigned in an Ebute Meta Chief Magistrates’ Court, Lagos.

The plea of Musendiku, who is facing a count of murder, was not, taken.

The Chief Magistrate, Mrs O.A. Adegite, ordered that the defendant be remanded at Ikoyi Prisons pending legal advice from the State Director of Public Prosecutions.

Earlier, the prosecutor, Inspector Julius Babatope, had told the court that the accused committed the offence on April 2,  1 am, at No. 3, Erelu Street, Ato-Awori, Ijanikin, Lagos.

He said that the accused hacked his grandmother, Maria Ogabi, to death with a cutlass.

The offence violates Section 223 of the Criminal Law of Lagos State, 2015.

The case was adjourned until May 16.

Previous I Was A Thief, Pickpockets – Popular Christian Actor Confesses
Next Photos: Fulani Women Go To Church, Dance To Praise And Worship