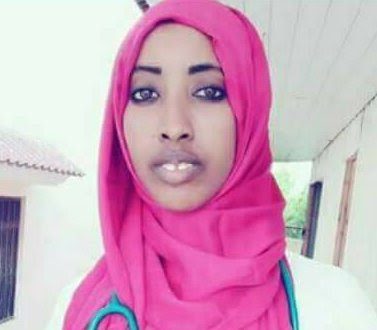 22-year-old Maryan Abdullahi was making final preparations for graduation in Sunday, after years of medical studies when a huge truck bomb detonated in the middle of a Mogadishu street where she was travelling in a car with friends.

They were killed in what has been called the single deadliest attack in Somalia’s history. At least 231 people died and 275 others were injured.

Maryan father had been preparing to fly to Somalia’s capital on Sunday to attend the happiest moment in his daughter’s life: her graduation day. Instead, he will bury her.

“A sad day. Her family was so proud of her and were counting the hours before her graduation,” said Amino Ahmed, Abdullahi’s classmate, with tears in her reddened eyes. “The life of a rising star was sadly cut short.” 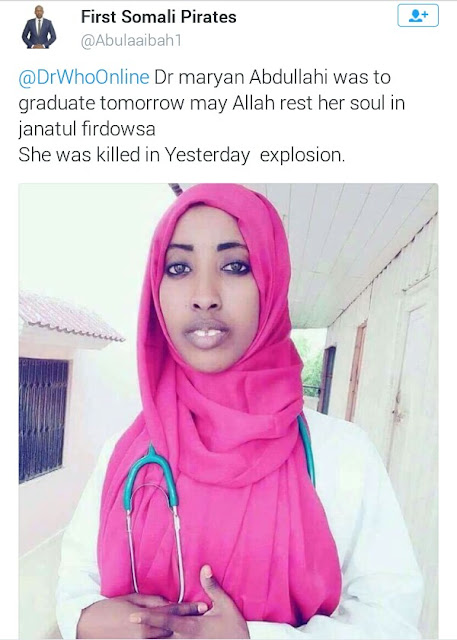 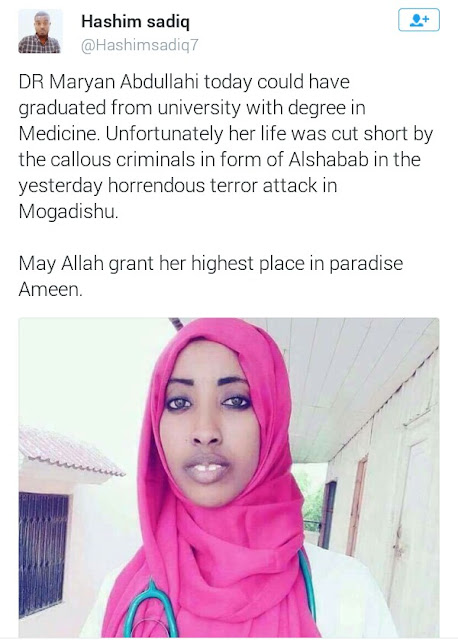 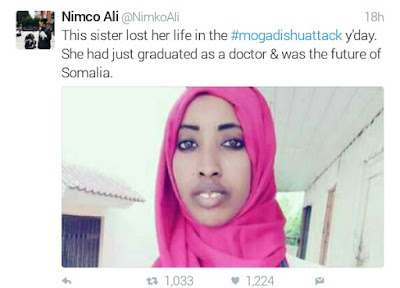